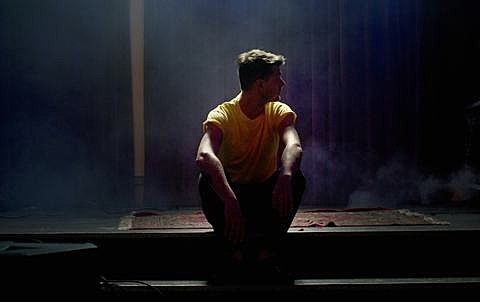 Axel Boman and Petter Nordkvist are founding members of Swedish electronic label Studio Barnhus, and have also started making music together under the name Man Tear. The duo released "Outside Amore" earlier this year as a 12" on DFA, who described it as "a trilling slab of spacious disco." You can check out the single's video below.

Man Tear will be making their live debut -- as in first show ever -- in NYC at Baby's All Right on November 14 as part of an all-Swede showcase called Sweden Makes Music that also features major-label-signed pop singer Marlene, also major-label-signed pop duo Vaz (not to be confused with long-running NYC band Vaz), "electro soul" singer Kissey, and a solo set from Boman as well. The show is free and open to the public (21+) but you do need to RSVP by emailing rsvp@consulateofsweden.org.

Boman, meanwhile, will release his new solo album, Family Vacation, via Studio Barnhus next week (11/11) so this will be a record release party for that as well. Crack Magazine says of it:

Family Vacation wades fluidly through earthy, tribal influences and some more classical, piano-led tracks in favour of all things gorgeous. With raw percussion and a wildly eclectic range of influences, all of which come drenched in soul, this is lush, glistening house music at its best. Or as a friend of Boman's put it, it kind of sounds like a "weird Jamaican space disco."

You can stream the whole of Family Vacation (via Crack) below.

Kissey, meanwhile, lives in NYC currently and is playing tonight (11/7) at downtown Brooklyn club Freecandy (905 Atlantic Ave) which is also free with RSVP. You can check out a Kissey track below as well.

Streams and flyer for Sweden Makes Music below... 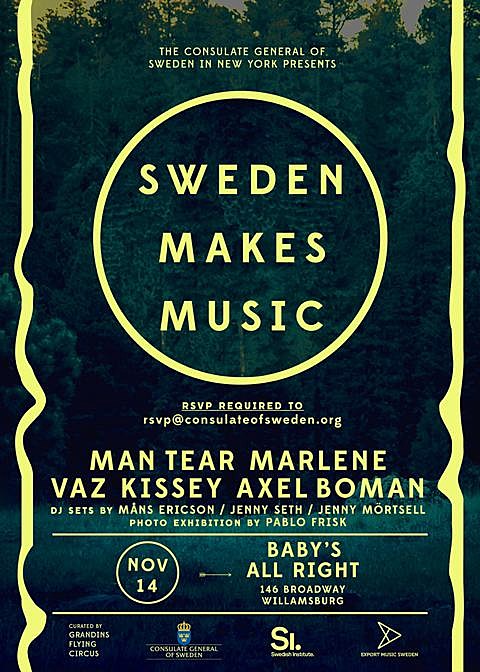