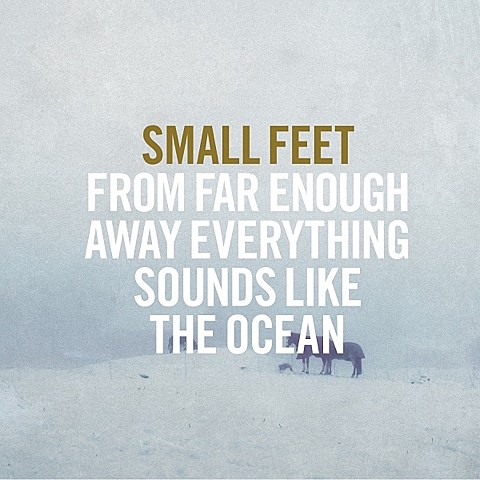 Swedish folk singer Simon Stålhamre leads the trio Small Feet, and they inked a deal with Barsuk Records for their debut album, From Far Enough Away Everything Sounds Like The Ocean, which is out today. Simon's got a high and lonesome warble that's undeniably influenced by Neil Young, and like Neil and many of his other followers, he keeps unnecessary studio shine away from his songs. It's cool stuff. You can stream the album in full at the NY Times, and watch the video for "Rivers" with streams of two other tracks, below.

Small Feet will come over to North America to open several dates on Nick Diamonds' tour. One of those is his NYC show happening September 15 at Rough Trade. Nick's other NYC show (9/16 at Mercury Lounge) i with Hollerado. Tickets for both are still available.

Small Feet - "One At The Helm"