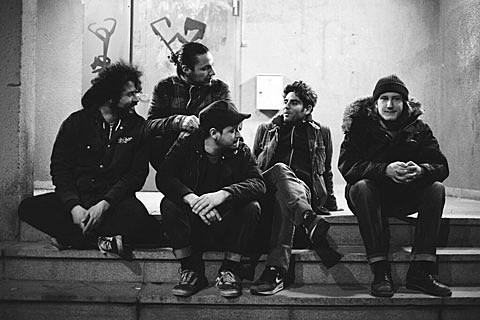 Sudakistan are a quartet who are mostly South American that are currently residing in Stockholm, Sweden and make the kind of party-friendly garage rock that Scandinavia does so well. After a series of well-received singles, the band are set to release their debut album, Caballo Negro, on November 20 via PNKSLM Recordings. (Pre-orders are up now.) It was produced by Joakim Åhlund (Les Big Byrd, Caesars, Teddybears) and PNKSLM founder Luke Reilly, and we've got the premiere of its demented lead single, "Mundo Mamon." It's fun stuff and you can listen below.

If you happen to be in Stockholm this week, Sudakistan play the city's Debaser Slussen on Wednesday (8/26) with UK band The Castilians.