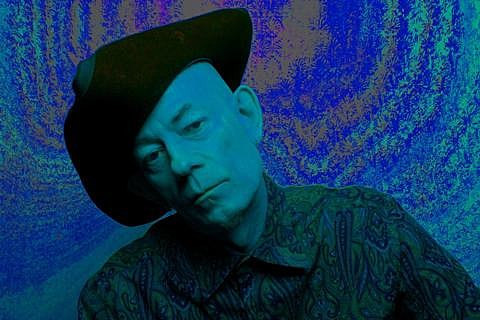 Head is probably best-known for his time as bassist in Swell Maps where he wrote two of the band's catchiest songs, "Harmony in Your Bathroom" and the great "Cake Shop Girl" which did indeed inspire the name of the Ludlow St. indie rock venue (where he's played before). In 1984 he began a ten-year stint with Television Personalities. Since the early '80s, Head has also released solo records with various backing bands, most recently last year's Diabolical Liberties as Jowe Head & the Demi-Monde. He's also an accomplished artist. -[BV, 2011]

Onetime Swell Maps/Television Personalities member Jowe Head is back in the States for a short East Coast tour that includes three shows in NYC: Cake Shop on April 11 with Man Forever and Kinski; Union Pool on April 12 with Fly Ashtray and Sapphire Mansions; and The Flat on April 13 with What Next? and Missing Documents. The Cake Shop show will feature Magnetic Fields' Claudia Gonson as part of Head's band. All tour dates are listed, along with a Spotify stream of Swell Maps' Jane from Occupied Europe, below.