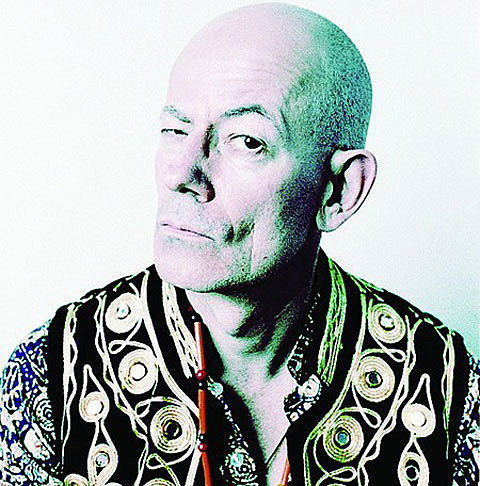 Former Swell Maps and Television Personalities member Jowe Head, who you may have heard guest DJing recently on WFMU, is in NYC this week for three shows: Wednesday (4/20) at Rock Shop, Friday (4/22) at Bruar Falls, and Saturday (4/23) at Cake Shop.

Head is probably best-known for his time as bassist in Swell Maps where he wrote two of the band's catchiest songs, "Harmony in Your Bathroom" and the great "Cake Shop Girl" which did indeed inspire the name of the Ludlow St. indie rock venue (where he's played before). In 1984 he began a ten-year stint with Television Personalities. Since the early '80s, Head has also released solo records with various backing bands, most recently last year's Diabolical Liberties as Jowe Head & the Demi-Monde. He's also an accomplished artist.

Backing him up for these shows will be a nine-piece all-(indie)-star band, including Hamish Kilgour of The Clean, plus members of Crystal Stilts, Cause Co-Motion, Ladybug Transistor, The Surprisers and Barbez. I'm told they'll be playing material from throughout Head's long career.

There's some pretty good openers as well, some of whom will be doing double-duty in Head's band. At the Rock Shop it's McDonalds (who I just wrote about) and German Measles. At both the Bruar Falls and Cake Shop shows you'll The Surprisers. The Bruar show has a set from The Mad Scene (Hamish Kilgour's other long-running band) and Devin, Gary & Ross (featuring famed punk rock artist Gary Panter who has designed the sets for Pee Wee's Playhouse amongst many other things). Cake Shop has the NYC debut of Cuffs, the new band from former Pants Yell! front man Andrew Churchman. 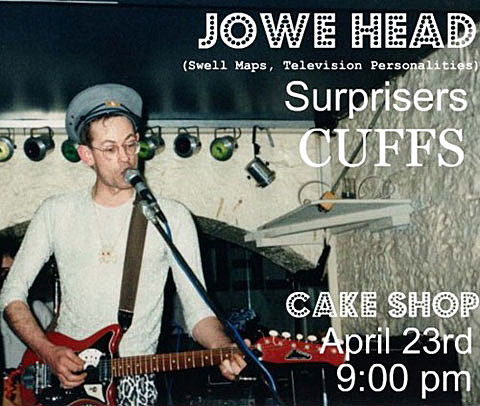