UK shoegaze vets Sweverdriver brought their current tour -- where they're playing their first two albums, Raise and Mezcal Head, in full -- to Brooklyn on Sunday night (9/10) for a show at Music Hall of Williamsburg. While the band somewhat epitomize the "staring at their shoes" origins of the genre's name, Swervedriver sounded terrific, whether on pummeling tracks like "Son of a Mustang Ford" or "Rave Down," or the more nuanced Mezcal Head numbers like "Duress" and "Never Lose That Feeling." They took a break in between the album sets and finished the night with a cover of The Velvet Underground's "Jesus." A picture of the printed setlist is below and pics from the night are in the gallery above. 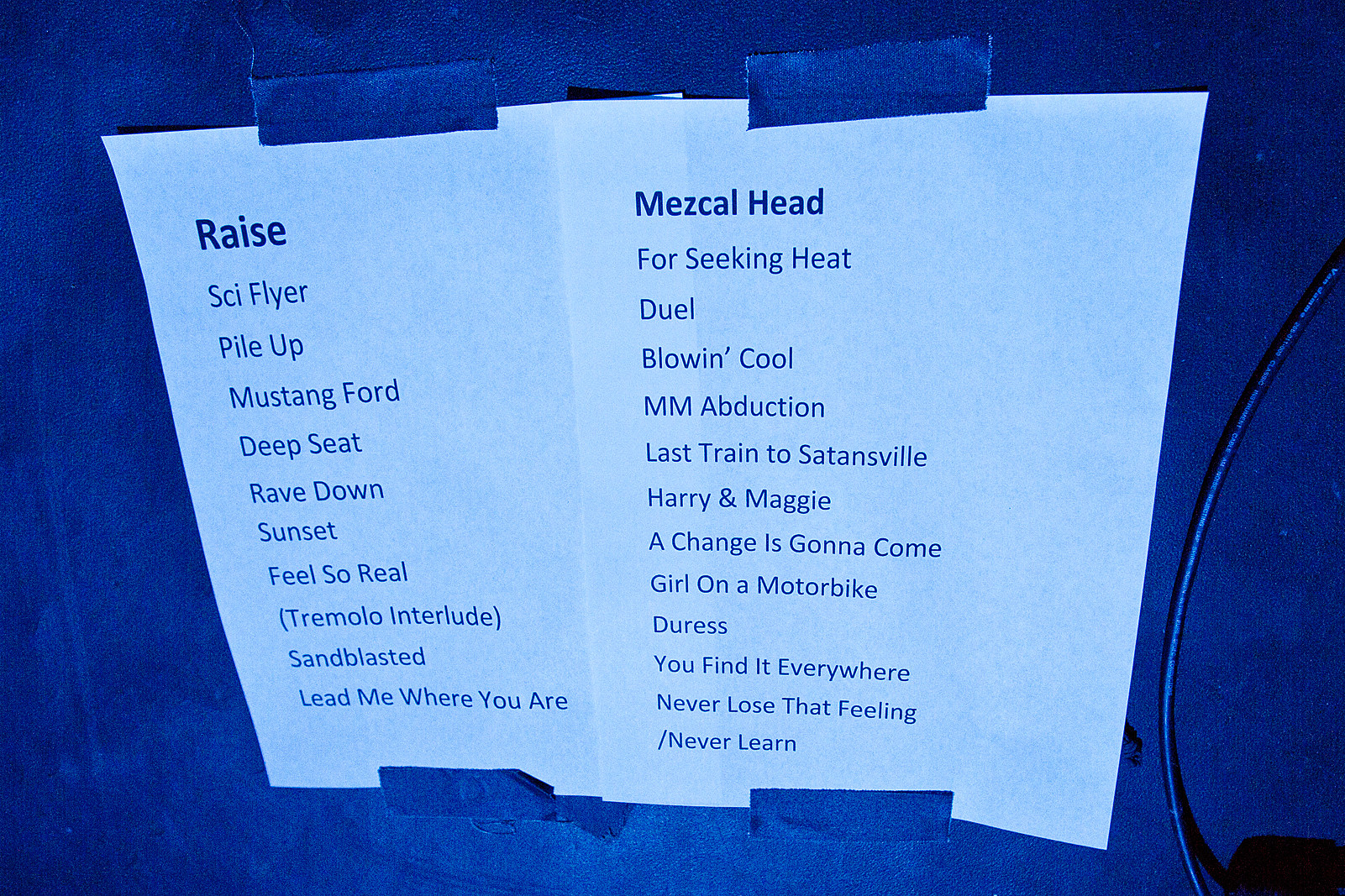