editor's note: Metal, comedy and 'dance' all have their own semi-regular BV feature writers. Those topics are getting a level of focus that I wished I could give to "indie rock" (that somewhat meaningless term, but it helps sometimes to categorize). That's why I contacted Bill...

Bill says: BV approached me about writing an indie rock column because I "repeatedly go to see The Young Knives and are excited about Versus reuniting." Which is to say I like unpopular bands and am, like, James Murphy old. This will likely take on more shape as the weeks go on, but for now here's a bunch of notable shows happening over the next five days.

editor's note part two: Bill forgot to mention the part where I said he is just as excited about the old (knowledgeable) as he is about the new (not jaded). OK, here we go....

Firstly are the two Swervedriver reunion shows - tonight at Bowery Ballroom and tomorrow at Music Hall of Williamsburg. The '90s shoegaze scene has had a bit of a resurgence, with a slew of new bands inspired by its hazy, voluminous sound, including Dirty on Purpose (who open for them tonight), Deerhunter, Silversun Pickups, and every other band from Sweden. Obviously the big story this year are the upcoming My Bloody Valentine shows, but Swervedriver's shows are no less relevant or justified.

They may never have released anything as universally-praised and influential as Loveless, or as catchy as Ride's Going Blank Again, but Swervedriver rocked the hardest of any of the shoegaze bands and probably had the most consistent body of work. Unfortunately, of their four great albums, only 1995's Ejector Seat Reservation remains in print - though the good, if expensive, import Juggernaut Rides is a good introduction to the band. I've also got a few mp3's over at Sound Bites if you're interested, and Swervedriver's site has live MP3s for every song from every album, free to download.

Swervedriver were never the type to jump around the stage or make rock star poses (the shoegaze scene, after all, got its name because the bands tended to pay more attention to their many effects pedals than to "putting on a show") and frontman Adam Franklin isn't much for stage banter, but they were always a seriously good live band and reports from earlier dates on this tour (The Finest Kiss has a nice writeup and photos from the Seattle stop) show this, thankfully, hasn't changed.

Local support for both nights are well chosen. Dirty on Purpose are obviously big fans - their newish EP for RCRD LBL is really good. Longwave open at Music Hall of Williamsburg. After getting the heave-ho from RCA, the band are currently working on a new album, and a few of the tracks are up on their MySpace and sound promising. Opening both shows are Glasgow's Terra Diablo who are actually managed by Swervedriver drummer, Jez. 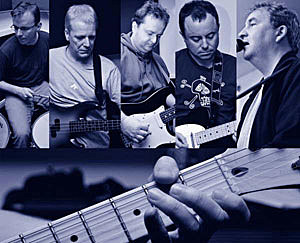 The other big event this week is the NYC Popfest, now in its second year. The four-day event, at a handful of clubs in Manhattan and Brooklyn, is a must for lovers of chickfactor magazine, Sarah records, twee, jangle, and the generally lighter side of indie. (Also known as indiepop.) They've brought in bands from all over, including Massachusetts (Pants Yell!, Hands and Knees), the UK (The Hermit Crabs, The Foxgloves), two from Sweden (Love is All, Oh! Custer), plenty from here in NYC (Pains of Being Pure of Heart, My Teenage Stride, Ladybug Transistor, The Besties) and elsewhere.

The lineup also includes three legends of the indiepop scene. Glasgow's The Orchids (pictured), whose single "I've Got a Habit" was the second-ever release on the legendary Sarah records; Australia's The Cannanes (aka "the world's most 'indie' band) who've been making music since 1984; and Seattle's Tullycraft who were part of the US scene in the '90s.

The two bands I'm most excited to see are Scotland's The Hermit Crabs, who bear more than a passing resemblance to fellow Glaswegians Camera Obscura; and Finland's Cats on Fire whose album, The Province Complains, is one of the better indiepop albums of the last couple years. Plus, they're from Finland - a country that doesn't send a lot of bands our way.

Of course, the hot ticket for Popfest is Love is All's appearance Thursday night at Cake Shop. I'm not sure why the organizers put the weekend's biggest draw in a place the size of a closet, but I'm sure for those 20 people in the first three rows will really enjoy it. For everyone else, you'll be able to say "they sounded great!" The show is sold out... if you've got tickets get there early and enjoy the other bands (including fellow Swedes Oh! Custer and NYC's The Secret History). 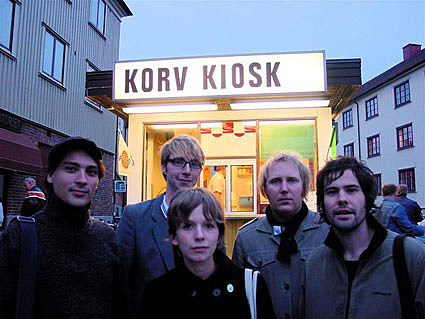 Luckily, Love is All are playing two other shows in the NYC area, with support from two of my favorite new local bands, both of whom really, really should be playing Popfest but aren't for some reason. Saturday's show at Market Hotel features Vivian Girls who are garnering apt comparisons to Lush and C86 scenesters, The Shop Assistants. Meanwhile, at the Bowery Ballroom show on Monday (not sold out) we get The Crystal Stilts, whose Emusic EP (owing a whole lot to early Jesus and Mary Chain, but doing it brilliantly) has been on constant rotation on my stereo of late and seems a shoo-in for my End of Year Best-of List.

While I'm on the subject: You often see the word "C86" pop up in reviews or articles (like this one), and sometimes when it's referenced you get the feeling the person who wrote it has no idea what it actually means. In a nutshell: C86 was a cassette sampler that came with an issue of New Music Express highlight the most exciting bands of 1986, which included The Wedding Present, The Shop Assistants, McCarthy (featuring a pre-Stereolab Tim Gane), The Pastels, and Primal Scream. Basically, a bunch of bands who took inspiration from Postcard Records (Orange Juice/Joseph K), The Jesus and Mary Chain, The Velvet Underground and Phil Spector. Not all the bands on the cassette actually fit that description, but more did than didn't, and came to epitomize a whole sound that, obviously, is still influential today. 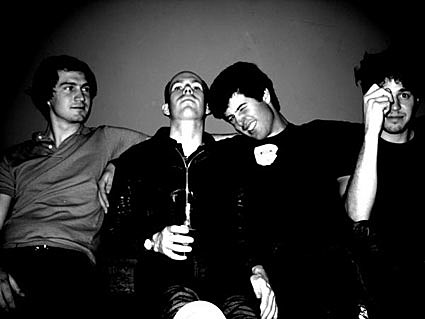 But wait there's more. Another band that could've easily fit onto Popfest's bill are San Diego's The Muslims who, conveniently, happen to be in town for a week-long assault on NYC's clubs (with a few other East Coast dates as well), including stops at Cake Shop, Union Pool and a Vice party at Santos' Party House. You can hear a lot of Lou Reed in there, but also The Clean (to these ears at least) - a sound that never goes stale, no matter how many bands ape it. Their self-titled debut sold out its initial pressing but more copies are due in July and you can download five tracks from their MySpace. Highly recommended.

Finally, tomorrow's a busy night (June 12), but if you're not going to Swervedriver or Cake Shop, I implore you head to Mercury Lounge to check out Amazing Baby. I caught their live debut at Union Pool about a month ago and was floored by how good they were right out of the gate. Pals with the MGMT guys (who stole their drummer) the description I've been using is a heavier, more psychedelic Roxy Music. The band features members of Stylofone, Diamond Nights, Lions and Tigers, Nebula, and Heavy Hands. They also had backup singers when I saw them. They've got nothing to buy yet, but RCRD LBL has three downloadable tracks, one of which, "Head Dress," is one of my favorite songs of late.

That seems like enough for this week. Tour dates follow for some of the bands and events mentioned above... 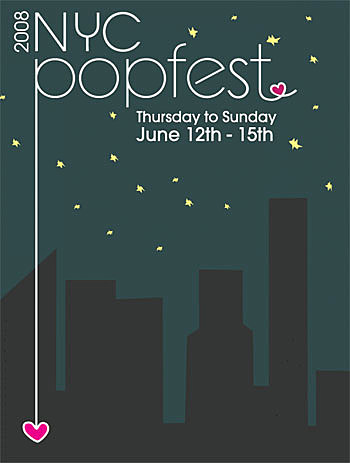