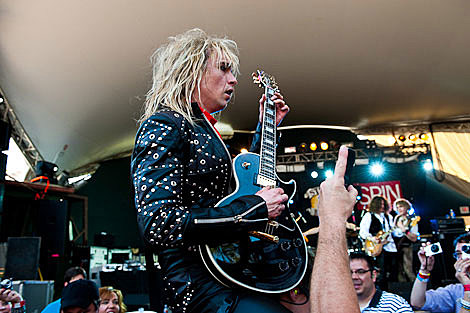 Stadium potential: London goths White Lies attempt to merge U2 and the Killers. Playing Splendour in the Grass.

The novelty act played two shows (that I know of) at SXSW this past week. There was the Friday afternoon SPIN party (pictured above), and the 11pm set at Emo's Annex the next night. I caught the latter which satisfied my need to see the leader of the Darkness's new band at least once. I doubt i would go see them again, or even really listen to more than maybe a single, but they were fun, and they shred on guitar. 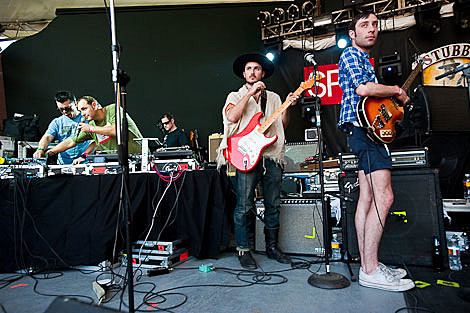 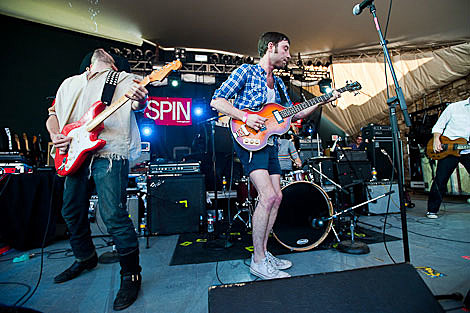 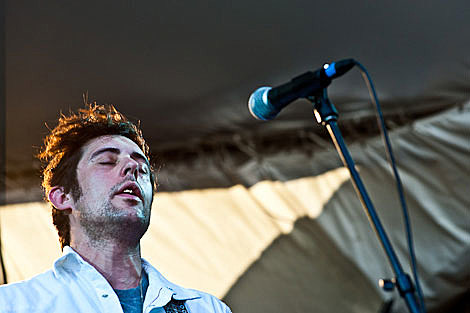 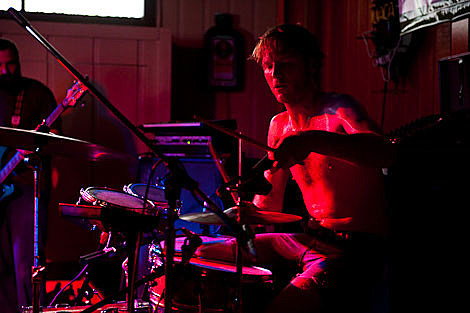 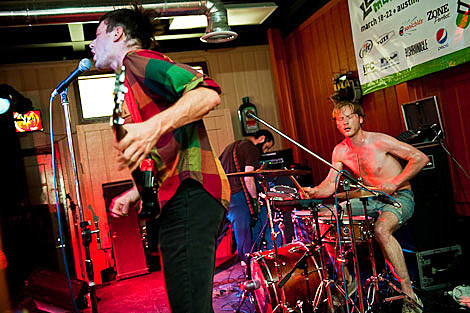 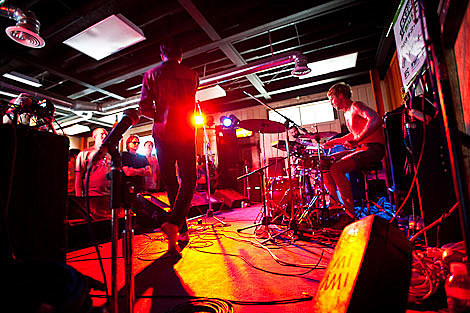 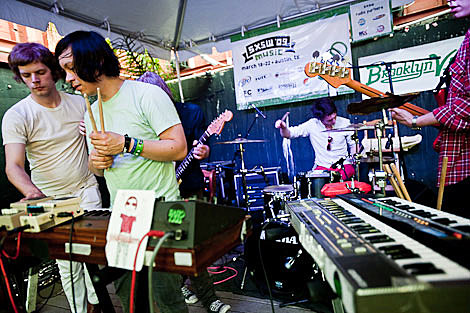 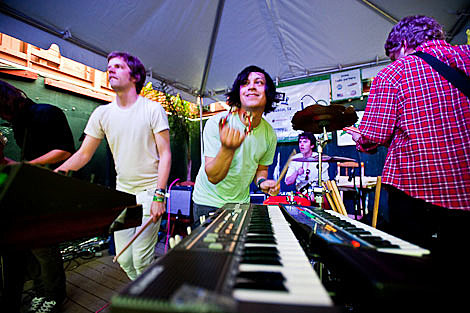 The line to get in Metallica 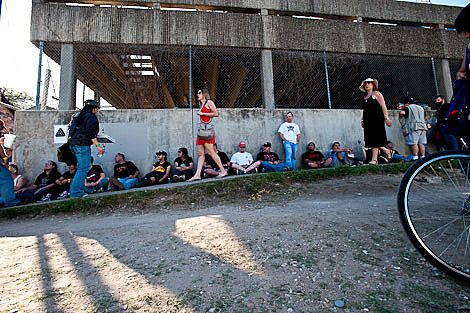 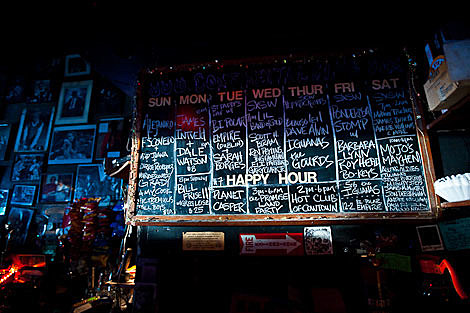 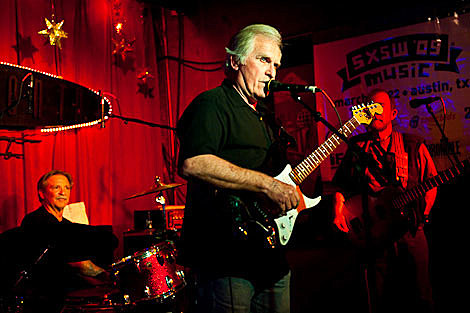 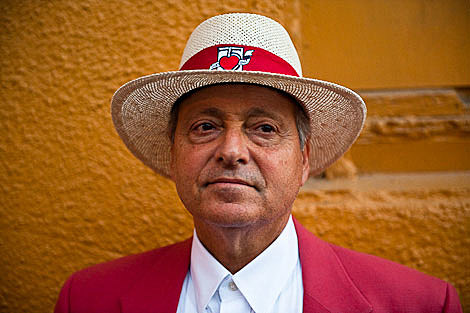 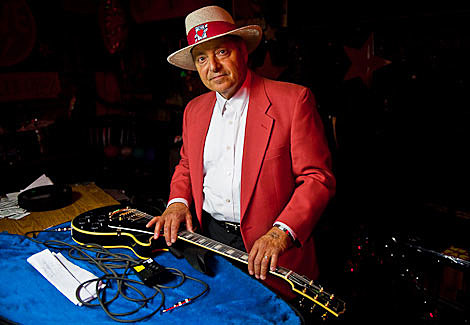 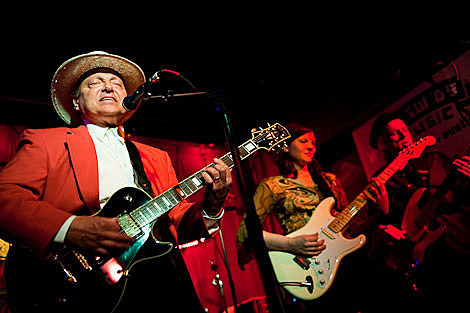 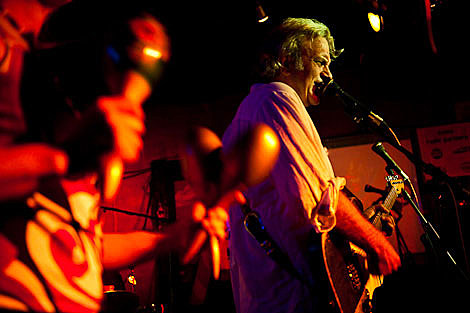 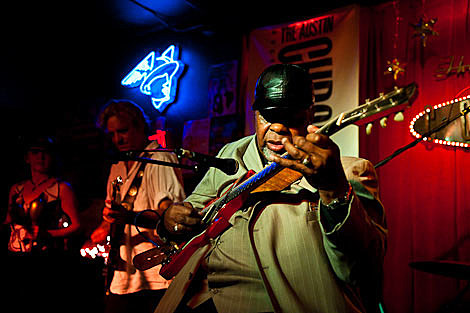 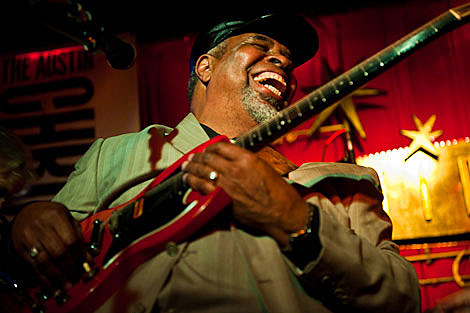 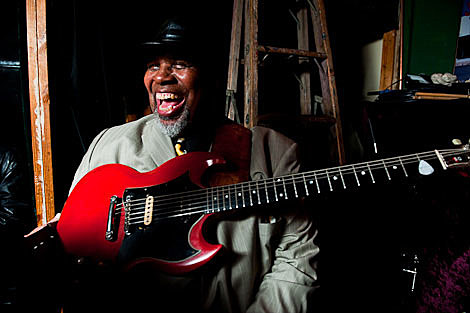 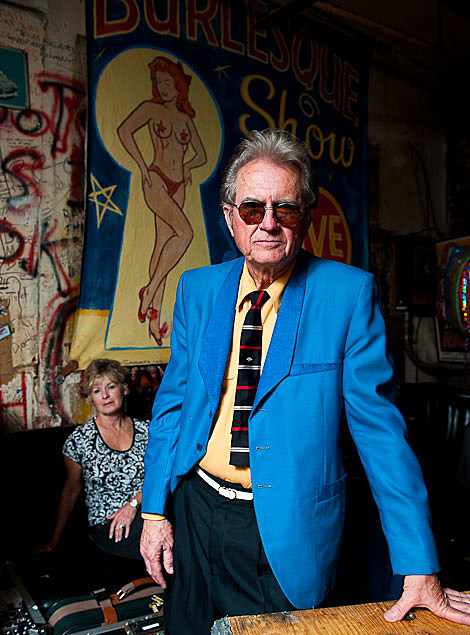 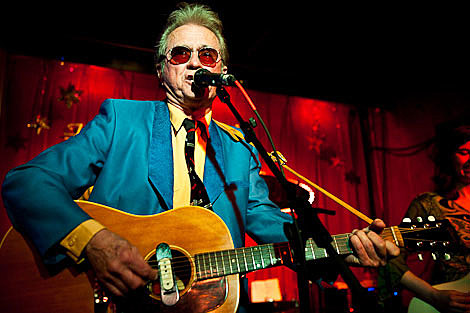 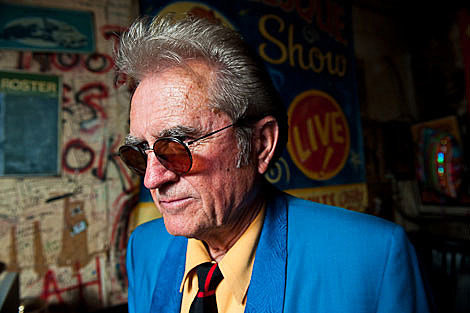 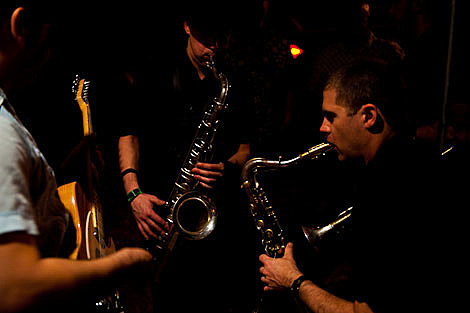 Barbara Lynn with Eli Reed and the True Loves 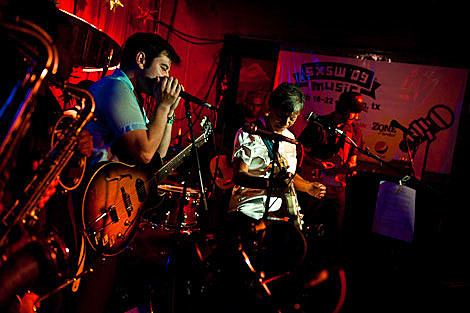 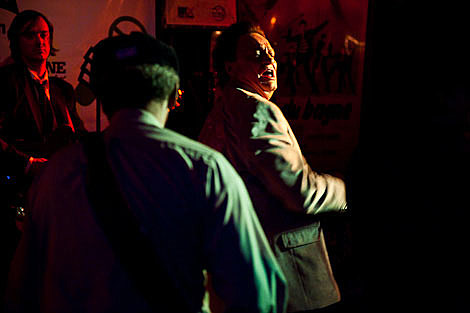 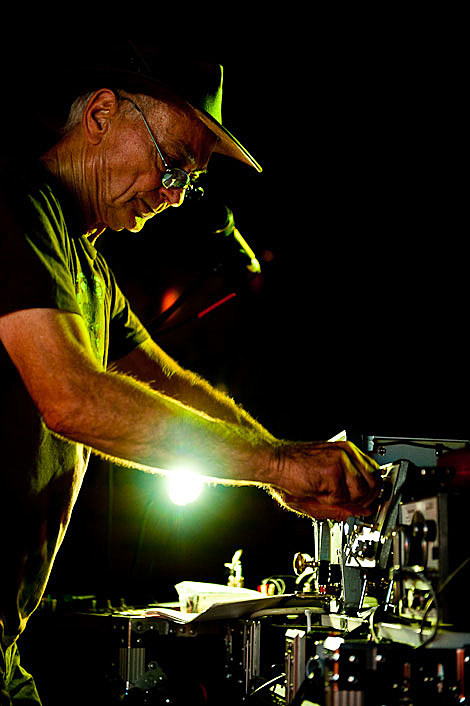 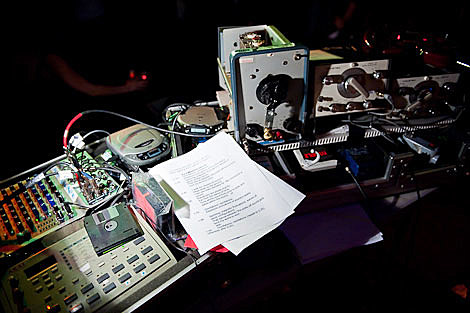 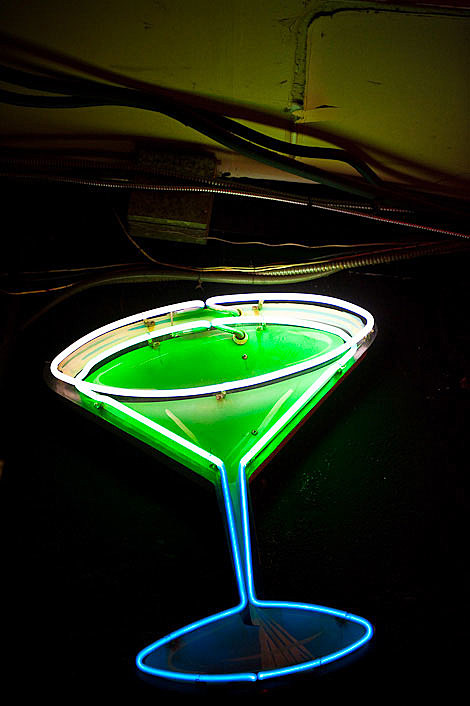 Now check out Jacob's set from DAY 1 and DAY 2.