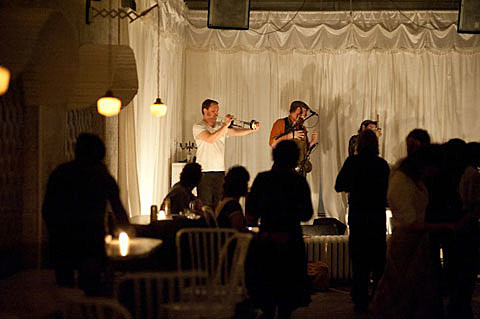 So it begins. I'm proud and excited to announce the very special lineup of the 2011 BrooklynVegan SXSW official showcase which will take place Wednesday, March 16, 2011 at the new and swanky Swan Dive in Austin, TX (conveniently located at 615 Red River St). It looks like this:

It should be a magical night for both SXSW badgeholders and those who pay admission at the door (details TBA). People have been raving about the new venue which was recently renovated, used to be Barbarella (which has moved next door), is located right at 7th & Red River, and is primarly used as a jazz club.

Ted Leo will be doing his thing solo and early (like he did at one of the BrooklynVegan day parties at Public Assembly this past CMJ), while Sharon Van Etten will be playing with her full band (unlike when she played a BrooklynVegan CMJ day party upstairs at Pianos in 2009).

Evan Voytas played the same BV day party as Ted during CMJ, and will again be showing up with a full band, but this time to close the SXSW night with his smooth and danceable jams.

Swan Dive is white in every direction 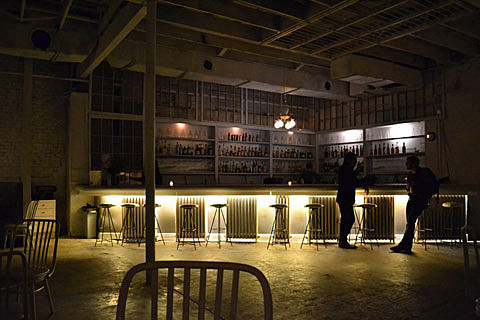 Sam Amidon (who played the very first BrooklynVegan event as part of Doveman's band with Aziz Ansari, Cloud Cult and Dave Deporis) is also bringing some band members, though I think Olof Arnalds will be playing the Swan Dive show solo (like she did at the BrooklynVegan Northside Festival showcase that Dave Deporis also played).

Lady Lamb the Beekeeper will open the show solo like she did at the BrooklynVegan-presented Rock Shop launch party that Tune-Yards and... Sharon Van Etten also played.

I think this is the first BV show with all BV show veterans on the bill, though none of them ever played a BV-SXSW event before (and Sam has never been billed as himself).

Sharon Van Etten & band are back out on tour soon - catch them on the road or when they get back home and headline Music Hall of Williamsburg on April 16th (exactly a month after the BV-SXSW show) with Little Scream. Tickets are still on sale.

Stay tuned for more BV-SXSW show announcements. An updated set of SVE tour dates, videos of all the artists on the SXSW bill, and more Ted Leo solo dates, below...

Sam Amidon - The Needle And The Damage Done (Neil Young)

AON Sessions: Sharon Van Etten, "One Day" from All Our Noise on Vimeo.