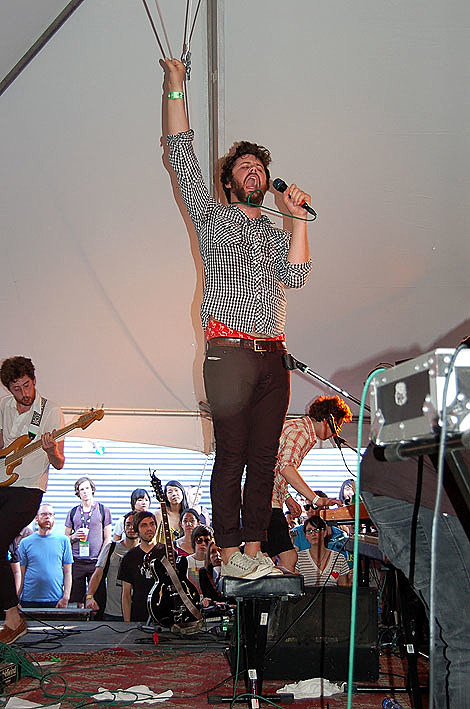 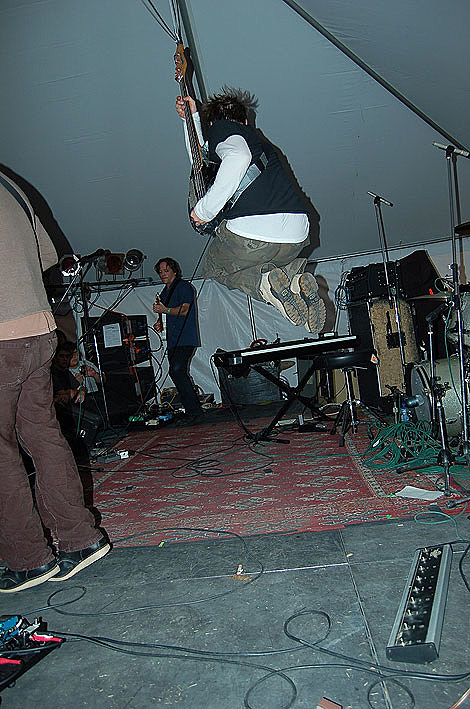 Three down, one to go - by that I mean BrooklynVegan parties at SXSW this year. The pictures above come from yesterday's epic day party at Radio Room. Today, Friday March 20th, stop by Habana Calle for a six-hour, free taste of Norway and Sweden, and/or consider checking out the Dickies Battle of the Bands that Black Bubblegum is judging. If a Battle of the Bands is not your thing I understand, but now consider that they've announced that GZA, in addition to co-judging, will be also performing at the show WITH the Black Lips.