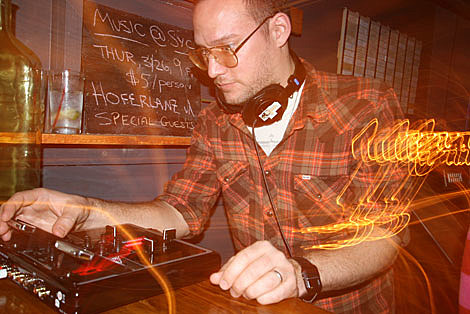 New Brooklyn bar Sycamore (1118 Cortelyou Rd) has begun booking shows. So far, there have been two gigs at the venue which is one of the only spaces for live music in Brooklyn's Ditmas Park neighborhood that is also home to Solo (formerly Cornerstone) and the troubled Vox Pop. Other nearby businesses include Mimi's Hummus, the Flatbush Food Coop and The Farm on Adderly, and if visiting, you can also walk around to see the many beautiful Victorian homes.

One of the two Sycamore shows so far was Hoferlanz (a.k.a. Benjamin Lanz who's played with The National, Beirut, Sufjan Stevens and My Brightest Diamond) with Sebastian Kruger (Inlets) on Thursday, March 26th.

The venue's third show happens tonight (4/8) with French guitarist Pedro Soler. Other acts on the developing schedule include Ecstatic Peace artist Hush Arbors on April 23rd (the gig "will be the first show [he's] done in New York since '05"), Sounds Familyre band Ben + Vesper on May 2nd, Nick Krgovich of No Kids on May 20th, and Asthmatic Kitty's Hermas Zopoula (video below) on June 12th. Full lineup below.

The flower shop by day, bar by night was recently featured on the cast-of-Hair-naked cover of Time Out NY. Scott Devendorf of the National, a band who has more than one member living in that neighborhood, frequently DJ's at the bar (as you can see in the picture above).

Neighborhood blog Flashbush Vegan (no relation) describes the look of the bar at its opening in September '08:

Patrons enter through the cute flower shop, where a few stools provide a quiet drinking spot and a neat lookout on Cortelyou Road. A jukebox sits at the entrance of the bar and in the back are two cozy horseshoe-shaped couches tucked into the corners. The inside was so jam packed that we had to step outside to their beautiful garden, which has received quite an overhaul since the days of Cortelyou Vintage. Ivy covers three of the walls and there's a large wood patio that steps down into a pebble-covered area with more seating and even a stand-alone cast iron fireplace. We couldn't help but feel a little sorry for the neighbors, though, whose windows and terraces overlook the bar's garden. Maybe they can get a few free drinks every now and then.

Shows at Sycamore take place in a separate area, affectionately called the "whiskey cellar" with a stage and none of the noise from the bar. Jessica, the venue's show booker, told us, "We're starting slowly, to be sure everything is done right. The goal is about 3 to 4 shows a week, and in general, to feature one artist/evening [which they can] do whatever they want with --- this could mean longer, relaxed sets, trying out new material, inviting 'special guests,' tap-dancing, juggling..."

Full lineup, and a video of Hermas Zopoula playing in his yard in Burkina Faso, below... 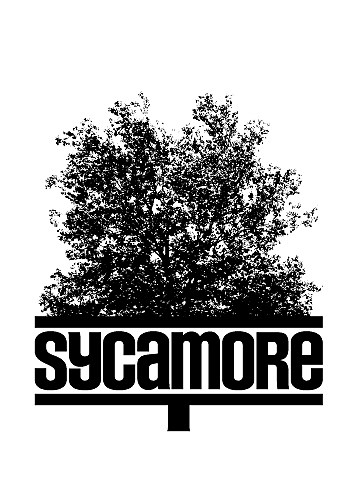