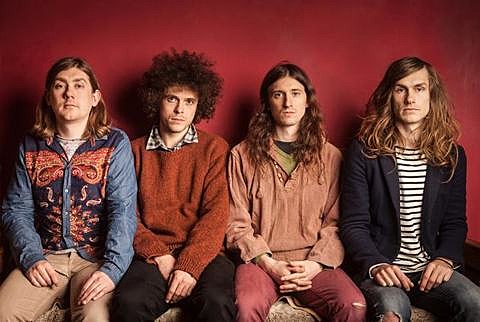 Jazzy, psychedelic UK quartet Syd Arthur will release their second album, Sound Mirror, on April 22 via Harvest Records, the label that's home to Morrissey and Death Grips, among others. The band (whose violinist is Kate Bush's nephew) haven't shared any info beyond the title, but you can check out the video for the lightly funky "Ode to the Summer" from their 2012 debut, On and On, below. Here in NYC where temperatures are currently in the teens, its warm vibe is welcome.

North America will get a chance to hear them live before their new album drops, as they'll be over next month for a few East Coast dates including two in NYC: February 13 at Rough Trade with American Royalty and Ghengis Hans and February 14 at Mercury Lounge. Tickets for Rough Trade and Mercury Lounge are on sale now.

The band, who were last over in in June, will then be back in the Spring for SXSW and Coachella. All dates are listed below.