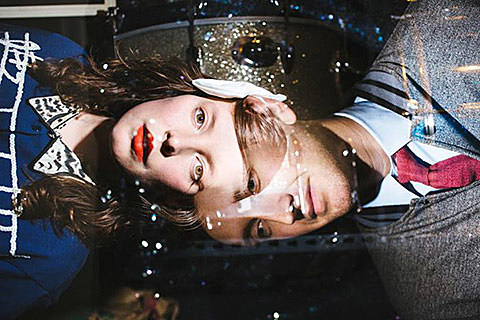 Sylvan Esso released their new 12" single "Coffee" today on Partisan and the band have made a pretty snazzy video for it. Directed by Dan Huiting, the video is set in a few different eras. Dancing is the theme as it visits an Appalachian contra-dance, a proper Durham, NC house party, and also a '50s-era sock-hop. You can watch it below and look for their album on May 13.

Having just played SXSW (including one of our day parties), the duo are currently in Europe but will be back for a tour with tUnE-yArDs later this spring that wraps up with two shows at NYC's Webster Hall on June 22 & 23 (tickets).

Updated tour dates, plus the "Coffee" video, below...