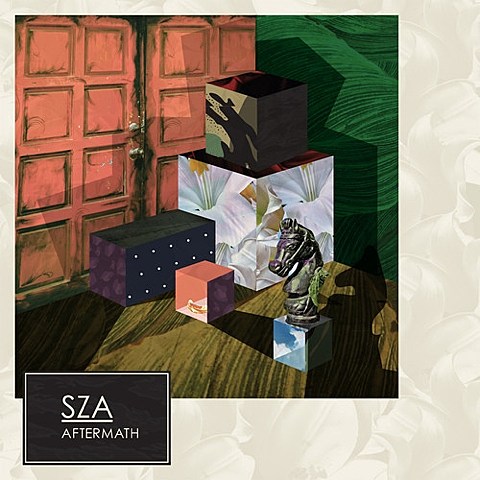 As mentioned, SZA is releasing her new EP, S, this week (4/9). You've already heard the first single, "Ice Moon," a trip through the ambience of dream pop with the seductive lure of R&B, and SZA's since revealed another cut from the EP, "Aftermath." It's equally as addictive and genre-crossing as its predecessor, and if the rest of the EP holds up to these two tracks, it should be a pretty great release. You can stream "Aftermath" below.

SZA will be coming to NYC for a previously discussed NYC show on Friday (4/12) at Glasslands with Chad Valley and Rush Midnight. And it's since been announced that she'll be sticking around for another show on Saturday (4/13) at Pianos with Child Actor, YDIMITU, and a DJ set by Young Magic. Tickets for the Glasslands show and the Pianos show are available.

Updated dates are listed, along with that song stream, below...