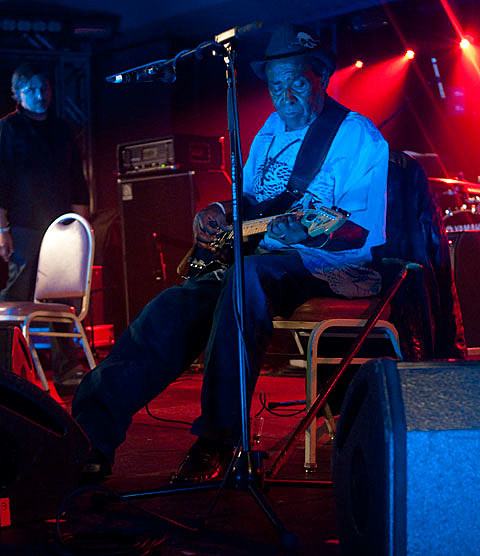 JACKSON, Miss. (AP) -- James Lewis Carter "T-Model" Ford, a hard-living blues singer who taught himself to play guitar when he was 58 years old and his fifth wife left him, died Tuesday at his home in Greenville, Miss.

His age was uncertain. County Coroner Methel Johnson said the family told her Ford was born in 1924 and had already had his birthday this year, which would have made him 89. But a blues expert and longtime friend, Roger Stolle, said Ford didn't remember what year he was born and claimed to be 93.

Johnson told the Associated Press that Ford had been under hospice care and died of respiratory failure shortly after 10 a.m. Tuesday. She said he was at home with several relatives, including his wife, Estella Ford. [USA Today]

Blues musician T-Model Ford, who recorded for multiple labels, including Fat Possum, has passed away. Rest in peace, T-Model Ford. You'll be missed.

Watch a video of him performing below...