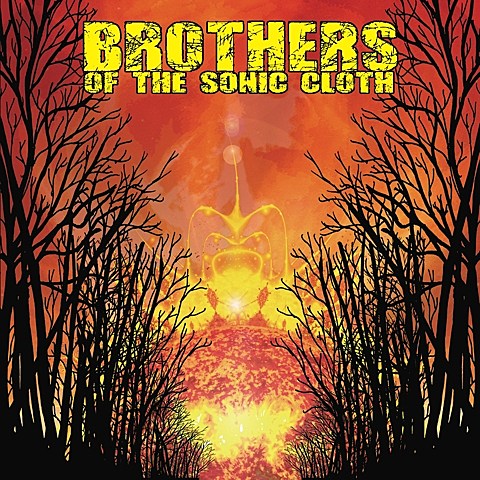 We last heard from Sub Pop grunge vets TAD frontman Tad Doyle when Lumbar -- his supergroup with YOB's Mike Scheidt and Himsa's Aaron Edge -- released their 2013 debut album The First and Last Days of Unwelcome, and he returned last week with the debut full length from his other recently-formed group, Brothers of the Sonic Cloth. This one also includes Aaron Edge on drums, as well as Peggy Tully on bass, and as Stereogum points out, it's Tad's first full length from a group he solely fronts since Hog Molly's 2000 LP, Kung-Fu Cocktail Grip (which was remastered last year).

The album came out on Neurosis's Neurot Recordings (also home to his pals YOB), and perhaps unsurprising given his relationship with Mike Scheidt, it sounds like modern sludge metal. It's a really convincing take on the genre too, which is pretty amazing because -- without naming names here -- not everyone from the Seattle grunge era sounds this relevant in 2015. Listen to an Rdio stream of the full album below.

Speaking of dudes named Tad, The Hold Steady guitarist Tad Kubler is playing some solo shows this week, opening for... Rick Springfield. The tour hit NYC over the weekend (anyone go?) but has three more shows, all of which are nearby. All dates below.