NIKO IS & Talib Kweli in Copenhagen 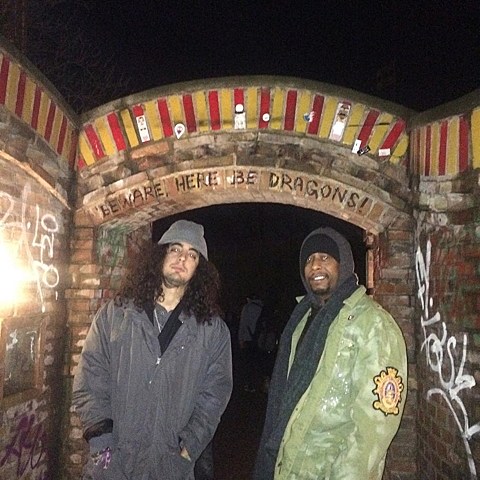 Talib was recently in Copenhagen with his pal/fellow rapper NIKO IS and posted on Instagram that he was attacked while there:

Me and @nikohigh walking into Christiania Copenhagen last night. One of my favorite places in the world until last night. I've been hearing about Danish racism on the rise. I witnessed it firsthand. I was attacked by two bigots last night saying they "hate me" and they didn't even know who I was, they just didn't like the color of my skin. It wasn't an Internet attack, it was physical. I was hit and kicked. Thank you to @nikohigh for helping me get out of there. It goes to show you that racism and hate doesn't stop for ppl with money or "celebrity" whatever that means. They stop nothing tho. The show still went on, Copenhagen was a great crowd. Even tho I will never see Christiania the same, a place I once wrote about for a travel blog as utopian, I will always love my fans in Denmark. Your love last night, especially while I was away from family during holiday, only made me stronger.

In more positive news, he's set to host and DJ a holiday party in Brooklyn, called 'The Indie 500 Holiday Extravaganza.' (His new album with 9th Wonder, which he reviewed Pitchfork's review of, is also called Indie 500.) It takes place on December 17 at Brooklyn Bowl and will feature live sets from NIKO IS and K'Valentine. Tickets are on sale now.

He has a few other dates coming up too. All are listed, with a stream of Indie 500, below...