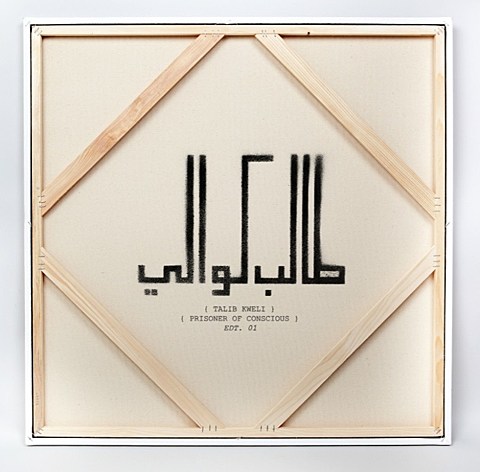 Brooklyn rapper Talib Kweli has been working on his new album, Prisoner of Conscious since before the release of 2011's Gutter Rainbows, and after continuously delaying it, he's finally set to release it for real this time. It comes out next week (5/7). The record features contributions from some pretty hot of-the-moment guests, including Miguel ("Come Here") and Kendrick Lamar & Curren$y ("Push Thru"). It's also got a track produced by Harry Fraud ("Upper Echelon"), one produced by RZA with a verse from Busta Rhymes ("Rocket Ships"), and a handful of tracks produced by Oh No. You can stream/watch videos for "Come Here," "Push Thru," "Upper Echelon," "Rocket Ships" and two other cuts from the album below, along with the full tracklist. That's the artwork above.

Talib's next hometown gig is this weekend on Sunday (5/5) at Union Hall, where he'll be providing "music and monologues" followed by improv comedy from Coal, Swag, and Sandino, which will be inspired by Talib's set. Tickets for that show are on sale now.

All dates are listed, along with song streams and the album tracklist, below...