Talib Kweli and Ryan Leslie, out standing on a roof 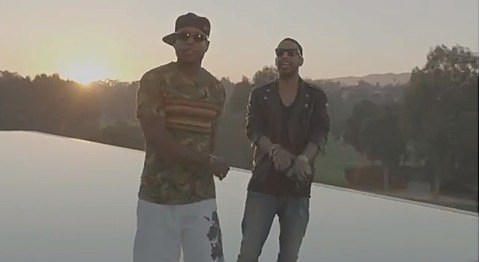 As we've mentioned before, Talib Kweli is headlining the BrooklynVegan-presented Duck Down & Javotti Media's holiday party tonight (12/18) at Music Hall of Williamsburg. The night also features Pharoahe Monch, as well as Bootcamp Clik crewmembers Buckshot, Sean Price, and Smif-N-Wessun, plus Flatbush Zombies, Skyzoo, and Dyme-A-Duzin. Tickets are still available but if you'd like to go for free we're giving away two pairs of tickets. Details on how to enter are below. Hope to see you there.

Meanwhile, Talib just released the video for his track "Outstanding," which features Ryan Leslie. You can check it out below and get the MP3 as well via a download widget.

In other news, Flatbush Zombies recently stopped by Nitehawk Cinema in Williamsburg to talk about their favorite movies and you can watch that below. You can also check out Skyzoo's most recent music video, "JanSport Strings," as well.

If you can't make it tonight, Talib is playing a full band show at SOB's on January 20 which is in celebration of Dr. Martin Luther King and Gil Scott Heron. Tickets for that show are on sale now. All upcoming Talib Kweli tour dates are listed, with all the other stuff, below... 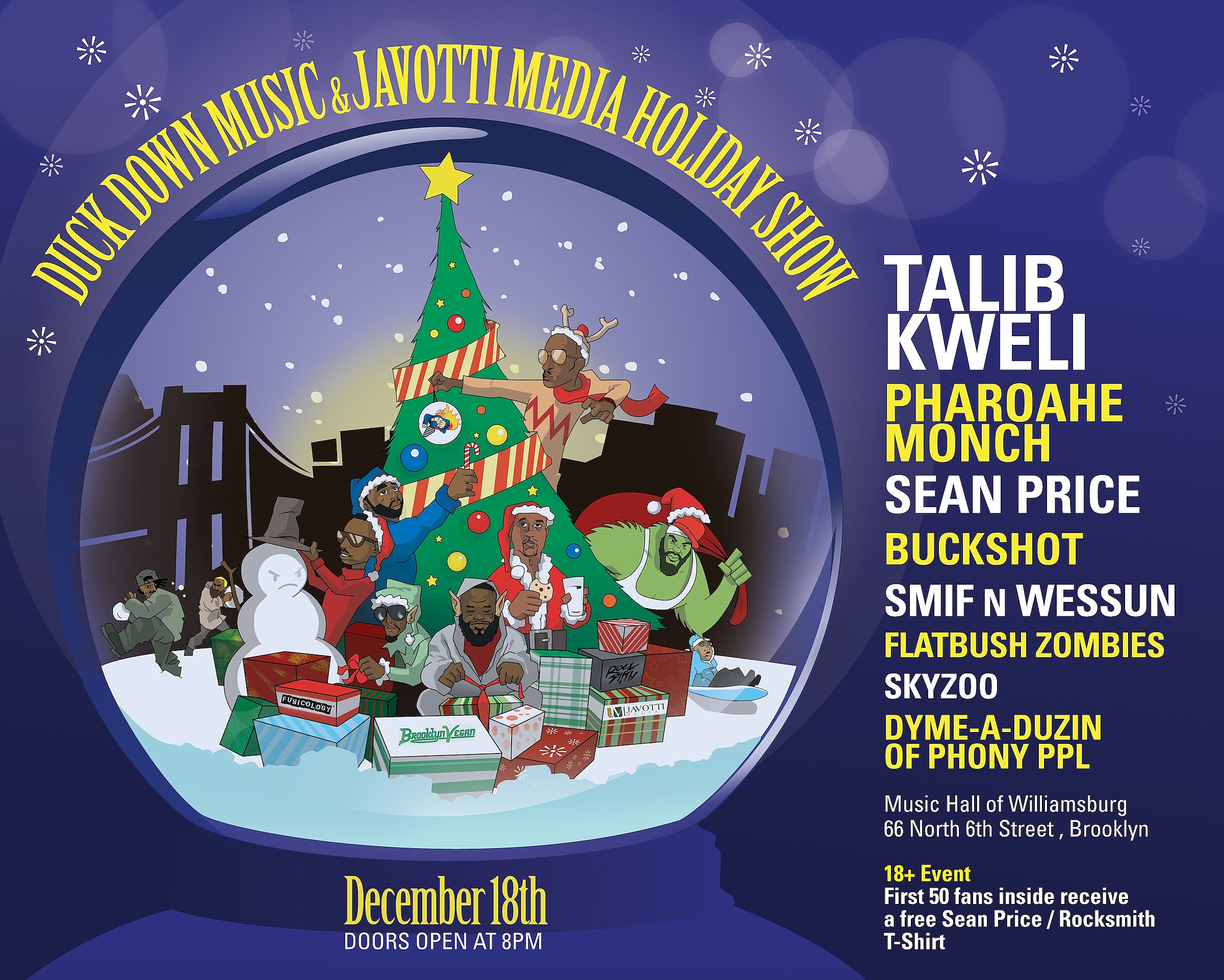 --
Flatbush Zombies Go To The Movies

======================
For a chance at winning a pair of tickets to the DUCK DOWN HOLIDAY PARTY AT MUSIC HALL OF WILLIAMSBURG: either tweet something that includes both @BrooklynVegan AND "DUCK DOWN" in the tweet, or send an email to BVCONTESTS@HOTMAIL.COM with the subject line "DUCK DOWN". Include your first and last name in the email. We'll pick a winner at random and contact them with more details. If you enter by email, it will not be shared with anyone else. Good luck!
======================