Talib Kweli at Emo's during SXSW (more by BBG) 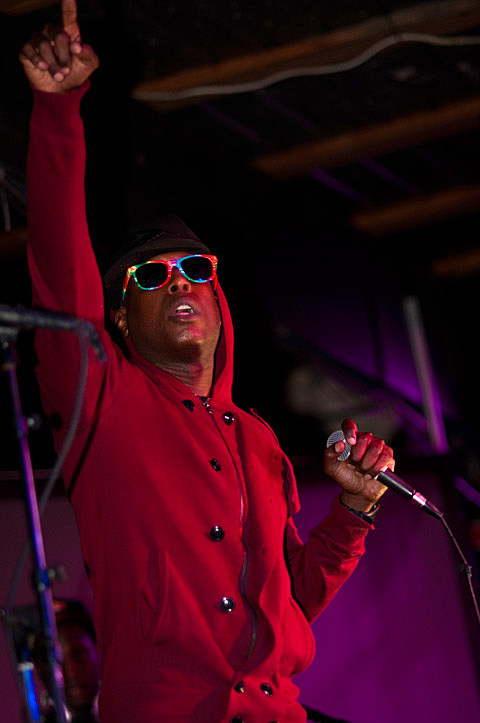 Talib Kweli is currently on the road in support of his new LP Gutter Rainbows, blessing Milwaukee tonight on his way toward the tour conclusion in Orlando inMay. Along the way he'll hit home base on April 28th by tagging both Other Music (to sign copies of Gutter Rainbows starting at 6PM) and SOB's later that night (tickets are still available). There he'll be joined by Fred The Godson and Jean Grae, the latter of which will also appear at Brooklyn Bowl with Pharoahe Monch on May 10th (tickets).

Kweli is also scheduled to play the previously mentioned free show in Red Hook Park on June 21st as part of the City Parks Foundation's Summerstage series. All tour dates below...