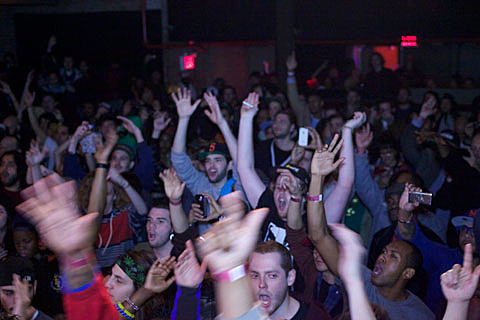 Pharoahe Monch, formerly of Organized Konfusion and a relatively recent Duck Down signing, showed the crowd how it's done. His brief but powerful set touched upon new songs (joined by the inimitable Jean Grae at one point) and classic material like "Simon Says," including a "Fuck The Police" medley somewhere in the middle. Monch is a consummate performer, but his OG Duck Down labelmates who followed him were up to the task as well. Sean Price took the stage next - the most grizzled, most rotund, and perhaps most fascinating member of the Boot Camp Clik. An animated Grinch parody video began his set. From there, Price simply ripped it, helped out at times by his Heltah Skeltah partner Rock. Price barely moves when he raps, gripping the mic in its stand - and he doesn't need jump around, his presence is engaging enough. [Illiot Gould]

Indie hip hop label Duck Down Music threw a pretty stacked holiday party at Music Hall of Williamsburg with Javotti Media, which BrooklynVegan proudly co-sponsored. The show went down on December 18 with sets from Talib Kweli, Pharoahe Monch, Buckshot, Sean Price, Smif-N-Wessun, Flatbush Zombies, Skyzoo, and Dyme-A-Duzin, (of Phony PPL). A few pictures from that show are in this post.

Talib Kweli will play another NYC show next month/year at SOB's on January 20. Tickets for that show, which is a celebration of Dr. Martin Luther King and Gil Scott Heron, are still avaialble. 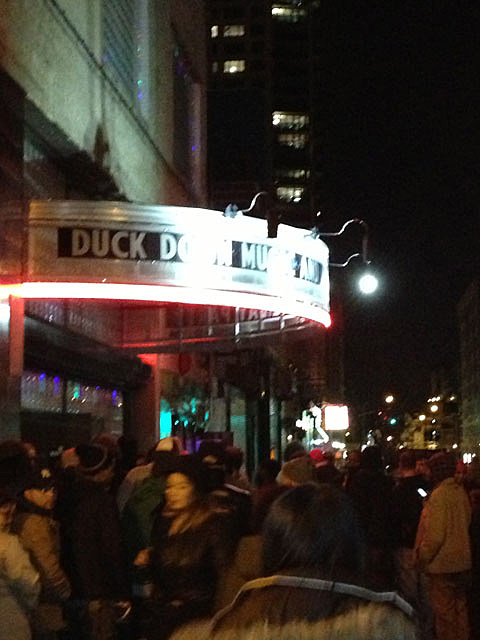 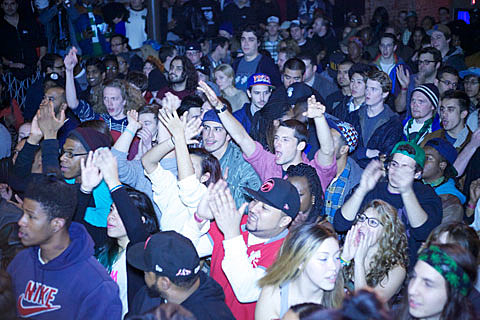 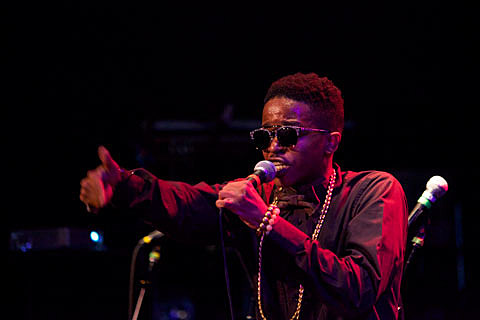 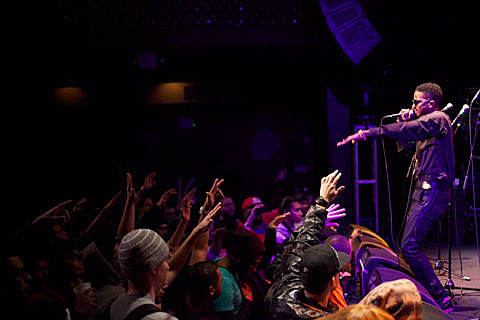 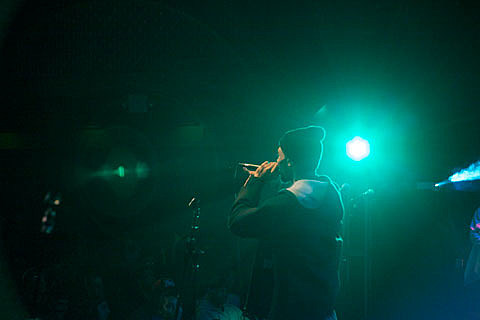 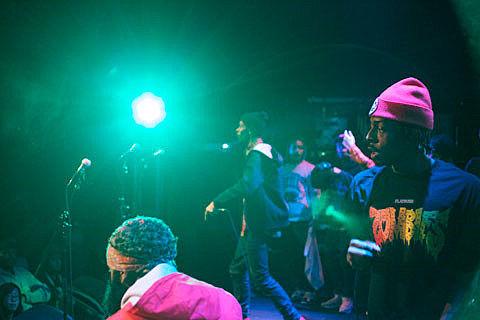 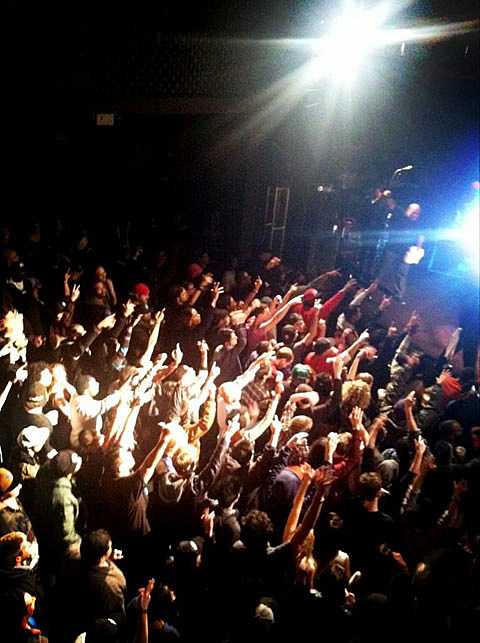 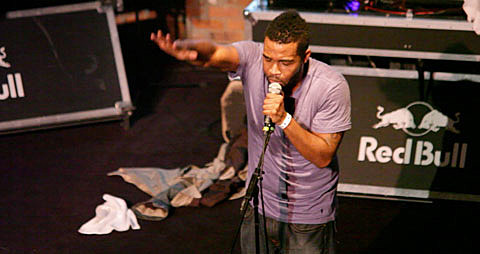 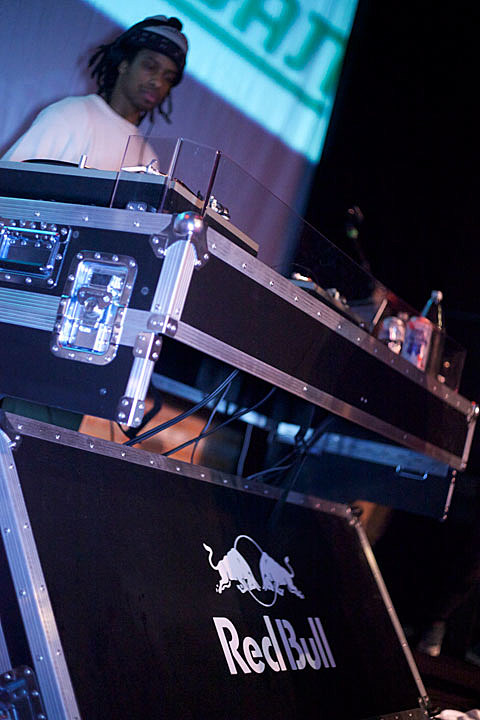 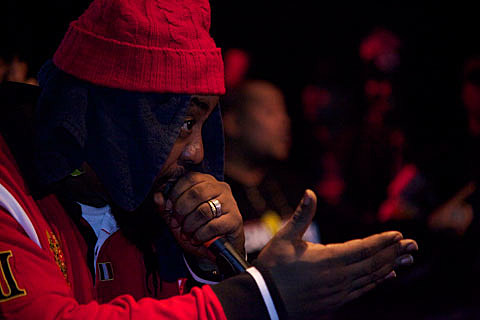 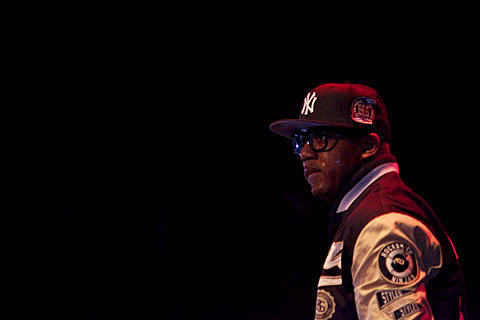 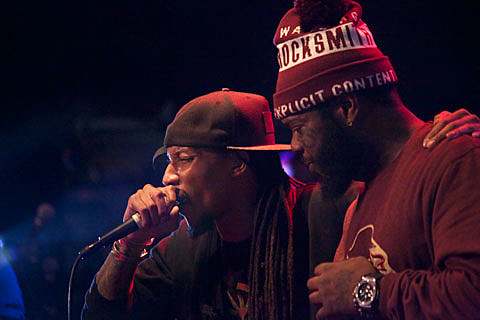 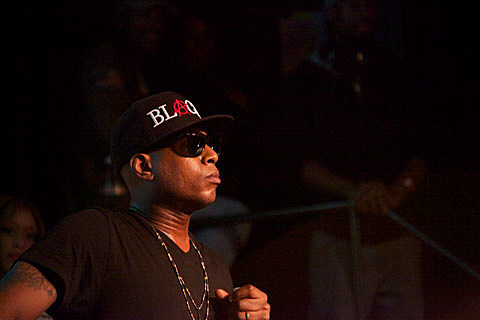 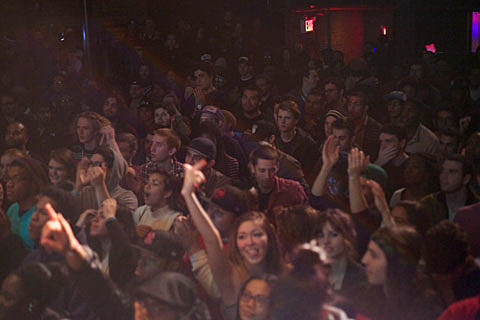