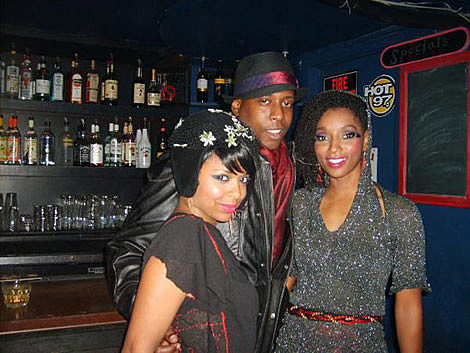 Talib Kweli will team up with Res and Graph Nobel as part of a new group called Idle Warship on Dec 22nd at BB King's in NYC. Tickets are on sale. The crew are wrapping up their debut LP Party Robot, are streaming a few songs at their myspace, and recently released a video for "Black Snake Moan". Check it out along with the show flyer, below.. 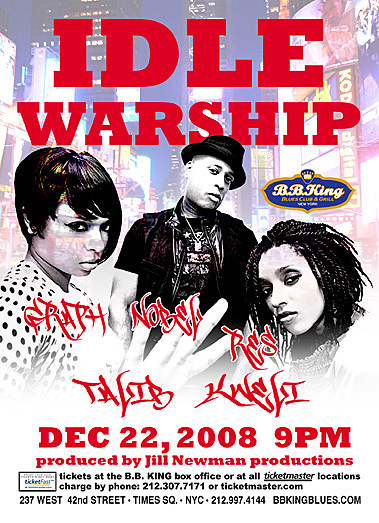 IDLE WARSHIP featuring TALIB KWELI, RES and GRAPH NOBEL
with DJ K-SALAAM and special opener BLU and Exile
Performing music from their Below the Heavens CD