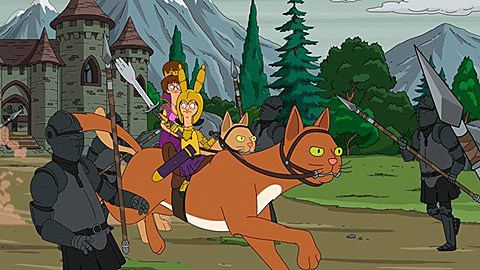 The new Game of Thrones mixtape "Catch the Throne II," which mixes rap and rock this time, will be out March 17 and the full lineup of contributors are: Anthrax, Estelle, Kap G, Killswitch Engage, Mastodon, Melanie Fiona, Method Man, MNDR, Mushroomhead, Raquel Sofia, Snoop Dogg, Stalley, Talib Kweli, Ty Dolla $ign, and Yandel. They've shared Talib Kweli's contribution, "Lord of The Light" and he tells Complex, "I really nerded out on this song and there's a Game of Thrones reference in just about every line." You can listen to it below.

In related news, last week's Bob's Burger's offered up stories by the show's three kids, and Louise's was a cats-based Game of Thrones homage and you can watch that (via Vulture) below. Bob'd Burgers also recently featured Sleater-Kinney and The National. Catch the actors live on tour.

The fifth season of Game of Thrones premieres April 12 at 9 PM on HBO. The S4 DVD/Blu-Ray set is out now and one of the bonus features is a blooper reel, which you can also watch below. 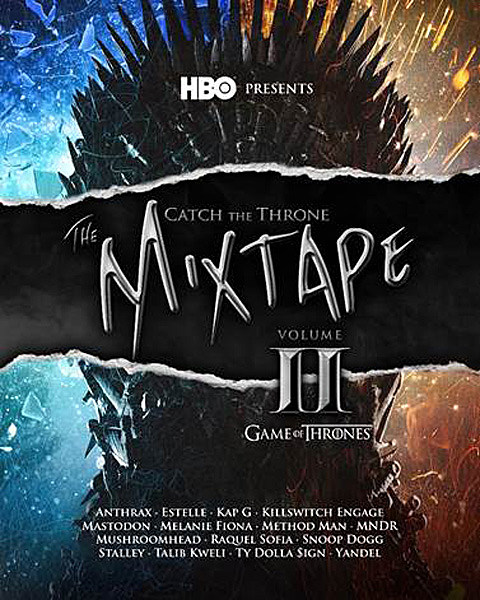