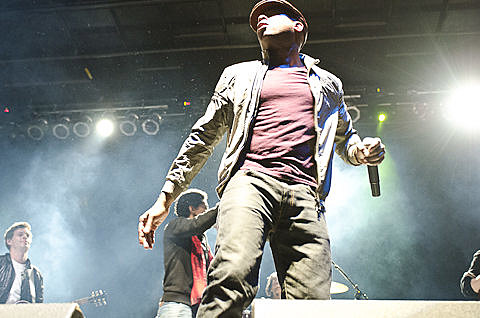 As mentioned in What's Going on Friday?, there's an afterparty for tonight's Jay-Z Barclays show (9/28, his first of eight) happening at Free Candy (905 Atlantic Ave) with Jay-Z's DJ, Young Guru as well as a set from Talib Kweli (who's spinning with Questlove and Q-Tip at The Cap earlier in the evening). Talib hits the decks at midnight and tickets are $10.

For Jay-Z's shows on Saturday (9/29) and Sunday (9/30) there will be afterparties at Littlefield featuring not only Young Guru but also Jay-Z's backing band, The Roc Boyz. Promoters are promising "special guests" which could mean all sorts of things, but no names have been announced. Doors are at 10:30 PM with the party kicking in in at 11 and tickets ($10 advance, $15 day of) are still available.

Flyers for both afterparties are below. 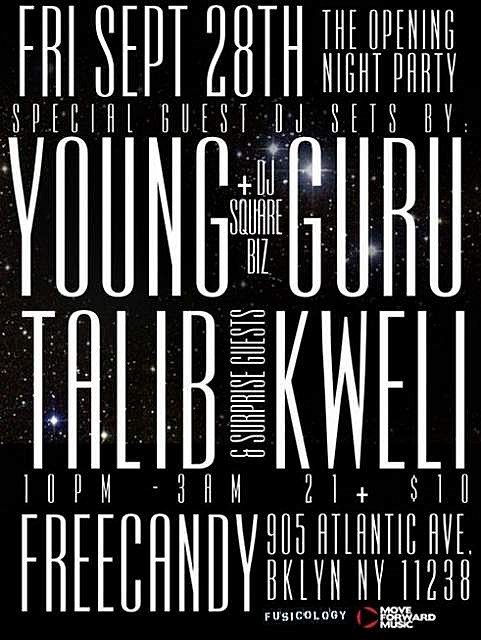 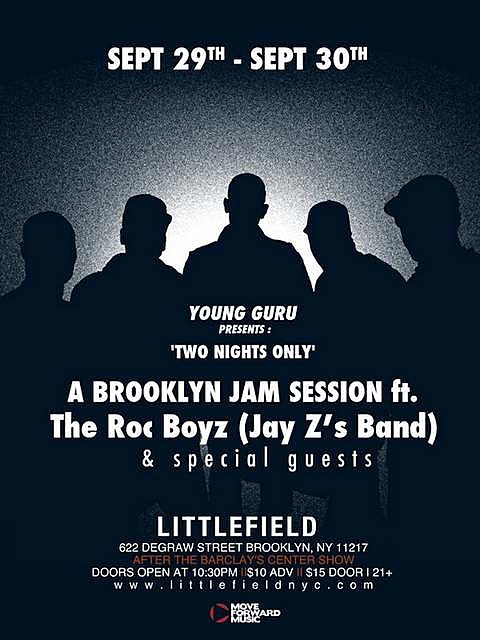