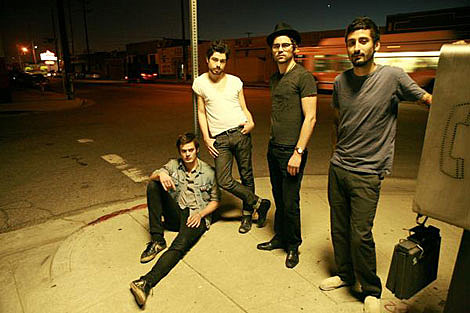 The Tallest Man On Earth is playing a show at Union Hall on April 14th (tickets are on sale). That's one day before the previously announced show at Bowery Ballroom (tix still on sale).

Both NYC shows are with California's Libertines-U2-like band, Red Cortez (formerly The Weather Underground), who, as recently pointed out, are now on tour with Morrissey (sort of).

The music that [Red Cortez] makes is an odd mash of a multitude of things - including beat poetry, ragtag clothing, the fertile hope of equality, The Black Crowes, The Walkmen, peace marches and that audacity of human content that the new president-elect has been talking about and which has been a calling card since the 60s. [Daytrotter]

After Morrissey-touring, and before they hit the road with The Tallest Man, Red Cortez will play around six shows in Austin for SXSW. Those include the My Old Kentucky Blog official showcase at Radio Room, and Mess With Texas.

The Tallest Man on Earth will be at SXSW too, and one of the seven shows he's playing is Roky Erickson's seventh annual Psychedelic Ice Cream Social with Okkervil River who will be playing with Roky. The flyer, full lineup, some videos, and all tour dates below... 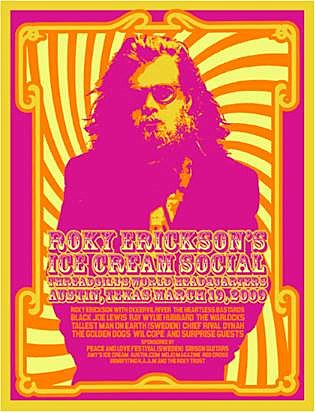 * w/ The Tallest Man on Earth