THE ARTIST FORMERLY KNOWN AS A SYMBOL 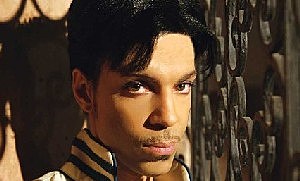 "In addition to prepping his new studio album, "3121," for a spring release via a just-announced deal with Universal Music Group, Prince is lending a helping hand to an up-and-coming artist.

Sources tell Billboard.com the artist has completed co-production and co-writing on the debut CD by Tamar, although it is unknown if a label is attached to the project. Tamar will appear in the latest incarnation of Prince's live band, New Power Generation, and has additionally been tapped to open all of the dates on his 2006 world tour as a solo act." [Billboard]

Prince also showed up unannounced at a Tamar show in CA last week. He didn't play much Prince, but he wasn't announced either. I suppose we'll know what to expect at Thursday's show when the reviews come in from tonight's show. Either way, tickets aren't going to last very long....