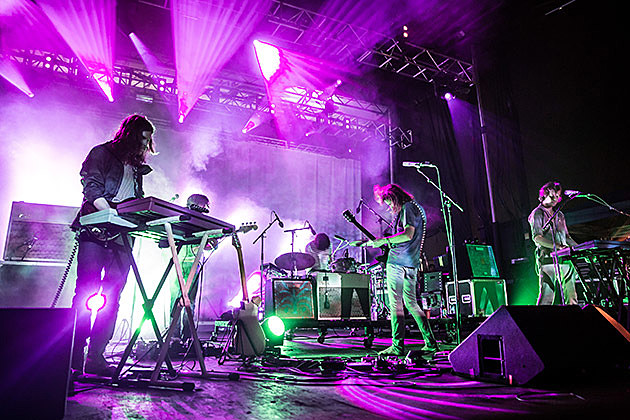 Tame Impala, whose new album Currents is out this Friday (7/17), are playing NYC's Radio City Music Hall on October 6. It's one of a few dates they're playing between weekends of the 2015 ACL Fest in Austin. You can still tickets for that, but if you'd like to see them in more of a rock club setting, they've just added a show happening at Terminal 5 the next night (10/7). Tickets for the T5 show go on sale Friday at noon with an AmEx presale starting Wednesday (7/15) at noon.