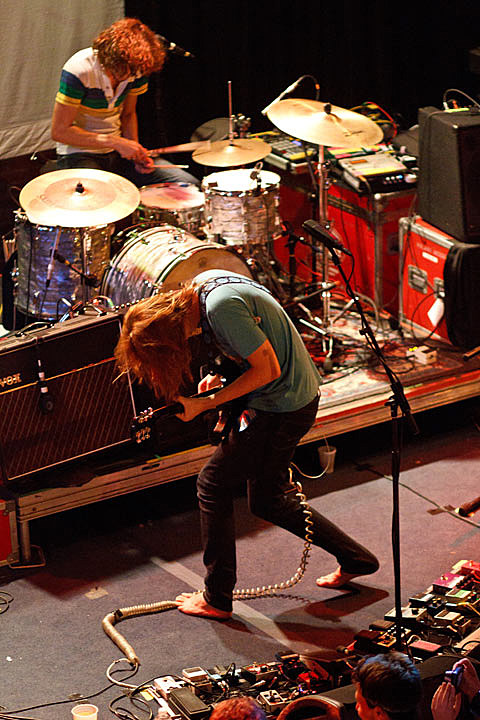 Australian psychedelic rock revivalists Tame Impala, who were just in North America for Lollapalooza and a packed NYC show at Music Hall of Williamsburg, will return on what will presumably be a larger tour in the fall with The Amazing. A full tour announcement hasn't come yet, but the band will be in NYC for shows on November 7 at Music Hall of Williamsburg and November 10 at Webster Hall. Tickets for those shows go on sale Friday (8/17) at noon.

UPDATE: The full tour has been announced. All dates are listed below.

Tame Impala's new album, Lonerism, is due out October 5 via Modular. If you haven't yet, you can listen to two of its tracks, "Elephant" and "Apocalypse Dreams," below. Also if you missed it, their justice-doing cover of Fleetwood Mac's "That's All For Everyone" from the tribute album, Just Tell Me That You Want Me (out this week), can be streamed below as well.

Swedish collective The Amazing, who share members with Dungen and are opening the new North American dates, release their U.S. debut Gentle Stream via Partisan Records on October 23rd. We caught them live earlier this year in Norway.

A list of all currently known dates and those streams are below.

Tame Impala - "That's All For Everyone" (Fleetwood Mac Cover)