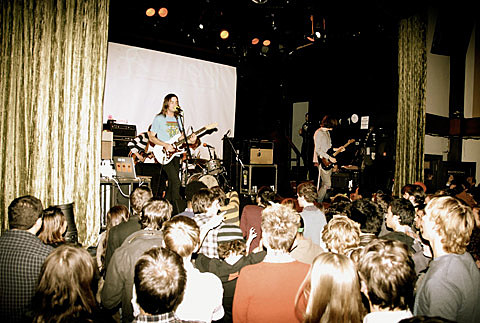 Tame Impala has been confirmed to play the sold-out Coachella Festival, and now the Aussie band is filling in North American dates around that time with Yuck, including April 25th at Webster Hall. Tickets for the NYC show go on AmEx presale Wednesday at noon and regular sale 48 hours later.

Tame Impala recently dropped the Erol Alkan remix of "Why Won't You Make Up Your Mind", which is currently available via iTunes and a video for "Expectation" which you can watch, alongside all tour dates, below...