Tame Impala at MHOW in August (more by Amanda Hatfield) 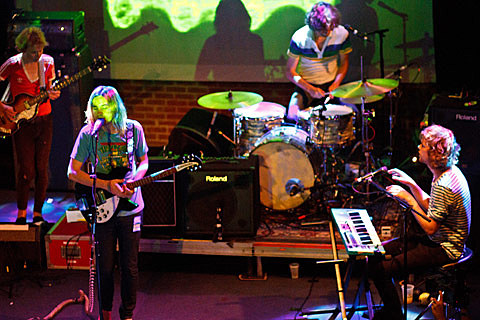 Australian psych rockers Tame Impala released their new album, Lonerism, earlier this year and have been touring in support of it. Earlier this month, they came to NYC for sold out shows at Music Hall of Williamsburg and Webster Hall, and now they plan to make the expected jump to headlining Terminal 5 on February 19. Tickets for what will be their largest NYC show yet go on sale Friday (11/30) at noon.

The show will be part of a 2013 North American tour for the band which has not been announced in full yet... UPDATE: Full tour has been announced and all dates are listed below.