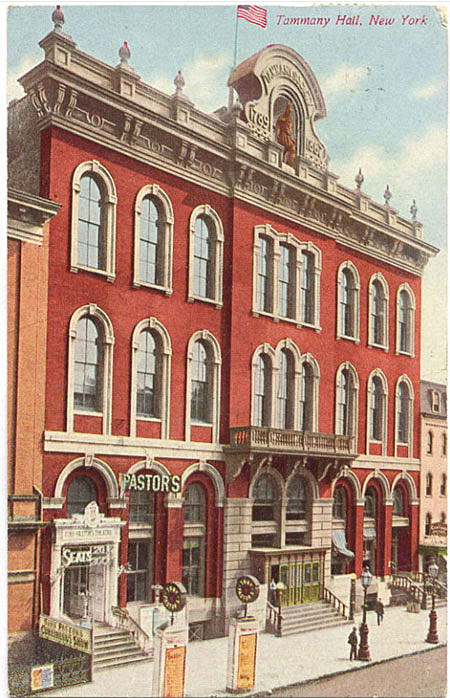 "The former Annex space on Orchard Street was up and running for the recent CMJ music fest as Backstage Bar. Turns out that was only a temporary venue designed to take advantage of all the bands in town. The management team behind Crash Mansion is currently renovating the space, and the redo will be dubbed Tammany Hall. A recent peek inside found plywood galore - the new owners promise a spiffed-up space with a large stage in the main room, a Prohibition-style basement lounge and an upstairs balcony with its own bar that will feel similar to the "second floor of Stanton Social." A kitchen has been added, so you can expect bites with the numerous beers that are planned for the taps. And though there' s no official launch date yet, the swank-ified space will be open here and there for private parties as work progresses (152 Orchard St.)." [Zagat]

Tammany Hall (which is also the name of a band) is presumably named after the Tammany Society. After it was the Annex, and before it was Backstage Bar for CMJ, 152 Orchard St. was a shortlived sports bar called Doghouse Saloon. Juan Maclean is DJing the new club on 12/9.