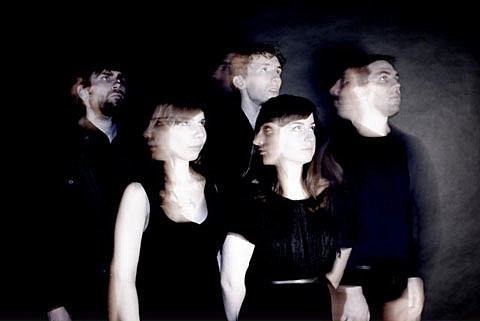 Bloomington, IN psych-poppers Tammar released their new album, Visits on September 20 via Suicide Squeeze. The album's got hints of the kind of psych-rock channelled by The Standells, though some more modern influences come through too, especially on the beachy "Summer Fun." Check out the video for "The Last Line" below, and grab the MP3 of that song and "Yung Jun" above.

The band will play a record release show in their hometown of Bloomington, IN this Saturday (10/1) and have a short run of NYC shows coming up at the end of October. They play Cameo Gallery on October 28 with Heaven's Gate, Pianos on October 29 with Gross Relations and Little Racer, and they open for Moonface at Bowery Ballroom on October 30. Tickets are on sale now for the Pianos show and are still available for the Bowery Ballroom show with Moonface. Check Cameo's site for updates on that show.