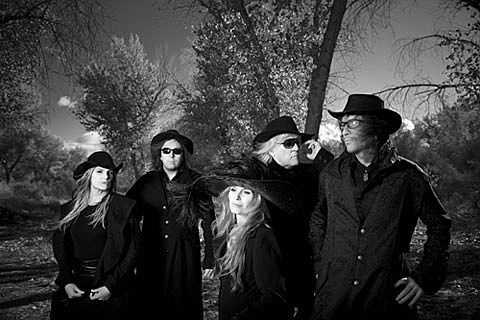 At 12:06AM on February 25, 2012 I tweeted "Am I the only person here who fires up GTA IV just to hop in a car, tune in to "The Journey" and just drive?" If you don't know, The Journey is a radio station featured on GTA IV that specializes in New Age music. It is the chillest radio station, and if it was a real thing here in NYC I'd listen to it constantly. To sit on ones couch, throw on some headphones, drink booze, and drive aimlessly around Liberty City listening to the Journey is probably the most profound form of laziness, lifelessness, and lack of motivation I can think of; and man, it's bliss. The Journey features songs that conjure up images of pot-smoking, space travel, astrology and astronomy by artists including Terry Riley, Steve Roach, Michael Shrieve, Jean Michel Jarre, Philip Glass, Tangerine Dream, Aphex Twin, and Ray Lynch. Sure, this shit might be cheesy, but if it wasn't for these folks half the electronic, ambient music you like wouldn't exist. They are the godfathers of mellow.

As it happens, the tune by Tangerine Dream is my favorite cut on that dial. Prior to GTA IV I had SOME familiarity with Krautrock pioneers Tangerine Dream, but it was their inclusion on The Journey that made me want to delve into their (unbelievably fucking massive) catalogue head first and I soon became a devotee of them. The other day at work I was at my computer listening to Vangelis of all things when a guy, who I'll refer to as BV, chimed in through gchat to tell me that Tangerine Dream has some US dates scheduled including July 7th at the Best Buy Theatre in NYC!! How BV knew I was into Tangerine is a mystery to me. And how he had the timing to tell me when I was listening to new age legend Vangelis is just plain scary.

Anywhoozle, RIGHT NOW Tickets to the NYC show are in Amex and internet presale. Regular people can get tickets when they go on sale to the public today, Friday April 13th at noon.

More tour dates and their cut from The Journey are below.