photo: Tanlines at House of Vans in 2012 (more by Fred Pessaro) 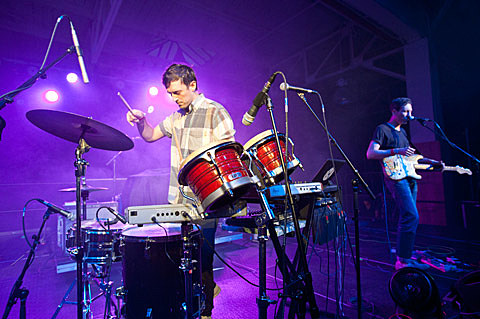 Tanlines toured in support of their new album Highlights this past spring, hitting NYC for sold-out shows at Bowery Ballroom and Rough Trade, and now they have more dates announced for late fall. This time, the NYC show happens at the larger Webster Hall on December 9 (where they also headlined in 2012). No opener announced for that one yet, but a few other dates are with IO Echo. Tickets for Webster go on sale Friday (9/18) at 10 AM.

All dates are listed, with the video for "Invisible Ways" off the new album, below...