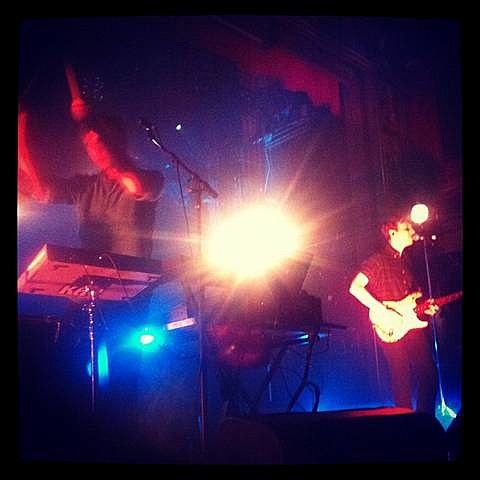 NYC synth pop band Tanlines (who made Kurt Braunohler's year-end list headlined their largest hometown show yet on November 29 at Webster Hall with Supreme Cuts (who made FACT's year-end list) and Jim E-Stack. They also just appeared on Late Night with Jimmy Fallon last night (12/6) to perform "All of Me" off of their 2012 LP, Mixed Emotions. You can check out a video of that performance below.