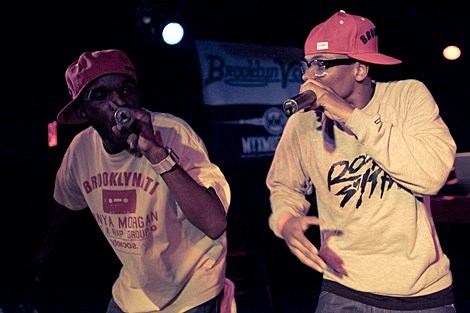 Tanya Morgan will hit the road for the High Fidelity tour, a string of east coast dates with North Cackalacka's Kooley High which will include SOB's in NYC on 2/22 with P.So and YC The Cynic. Git yer tix. Full tour dates for that trek is below.

Though Tanya Morgan (as a collective) don't have any new material on deck, Donwill of Tanya Morgan does in the form of Don Cusack in High Fidelity due on March 23rd via Interdependent Media. Donwill's new LP is inspired by the Jon Cusack film High Fidelity (which in itself is an adaptation of the great Nick Hornby novel), and takes the concept all the way by employing performances from Opio (of Souls of Mischief) and Che Grand as Ian and Barry from the film respectively. (For those who don't remember the movie, Ian was "the new boyfriend" played by Tim Robbins and Barry is the wisecracking record store clerk played by Jack Black.) In the meantime, pick up the new Laura's Tape mixtape (starring Donwill as Don Cusack, Mixed by DJ Kingmost starring as DJ Rob Gordon) at BandCamp.com. Two tracks from the upcoming LP are above.

Kooley High recently dropped a few songs for free download including the great "Solitude" featuring Median of Justus League (donwload that above) and "My Shadow". Get them both above, as well as their 2009 mix hosted by K-Salaam entitled Kooley Is High.

Full Tanya Morgan/Kooley High dates, the track listing (which reads somewhat like the High Fidelity DVD chapter listing) and a few videos are below... 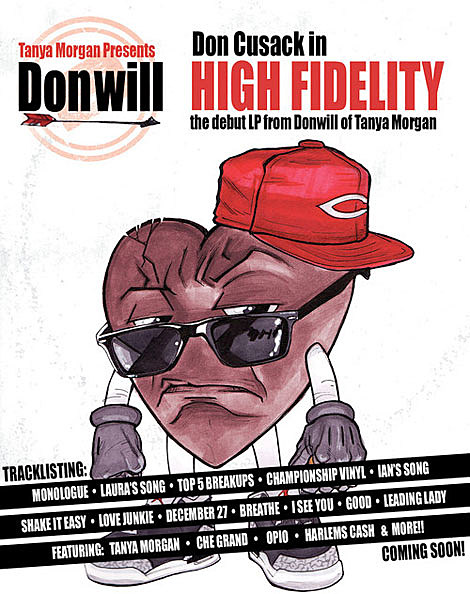