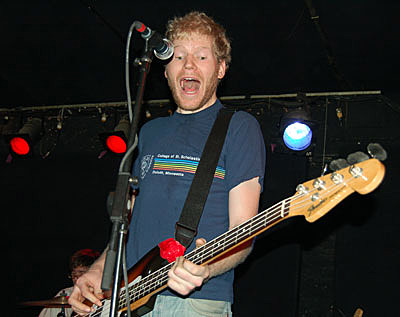 I probably didn't need to go see the same band three nights in a row. Maybe it was an overdose. The high was just too good at Pianos the night before. I wanted to do it again. Unfortunately this show at Mercury Lounge (January 9, 2006) didn't have quite the same effect. It was still good, and it was still better than the Delancey though.

Three nights in a row Tapes 'n Tapes filled the room, and there was cheering, and they had stage presence, and there was dancing, and they were happy, and they were thankful. Their seemingly-jazz-trained drummer is especially fun to watch. Last chance to see them in NYC is Thursday (I most likely will not be there). Before that they'll be in PA & MD. If you're going to SXSW, you can see them there too; they just got accepted. 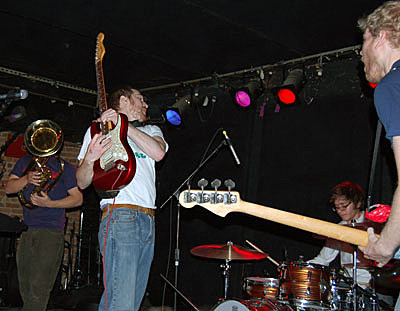 * The Underrated Blog was at The Delancey show. So was Yeti and Central Village for Gothamist and Ryan Freshbread.

* Nora was at Pianos and so was Heartonastick. 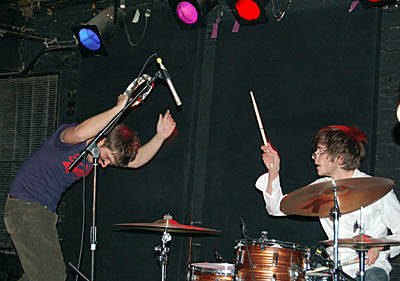 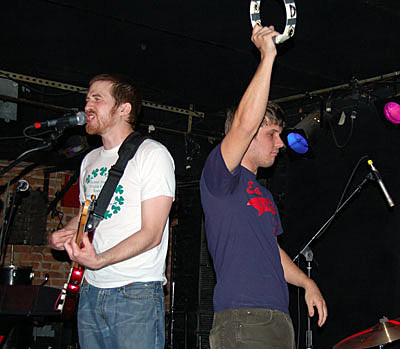 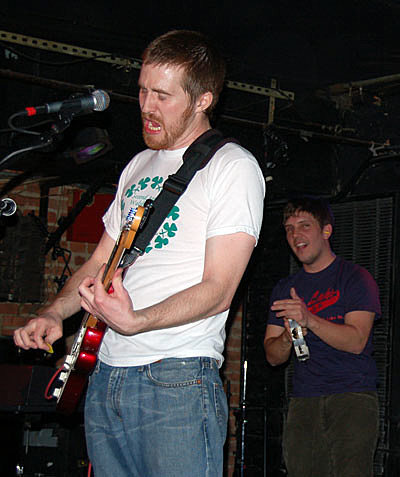 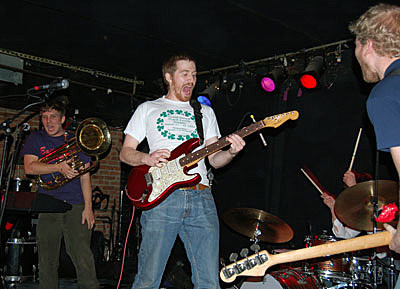 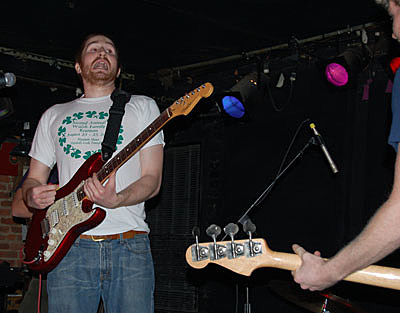 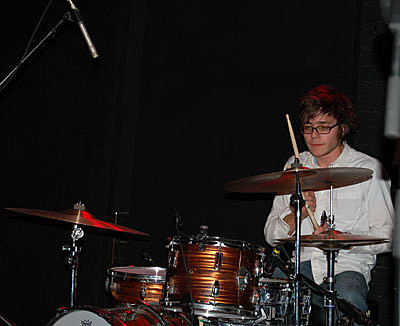