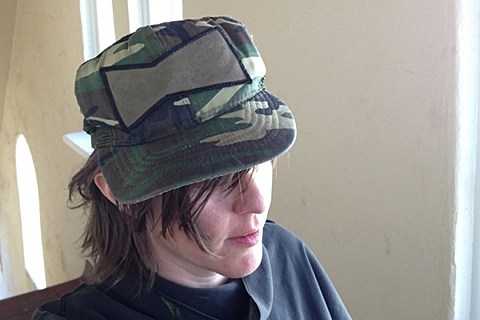 Tara Jane O'Neil returned with Where Shine New Lights (out now on Kranky) earlier this year, her first album since 2009's A Ways Away. As we've come to expect from TJO, the album could vaguely be tagged as psychedelic folk, but elements of noise and drone make it more than just another singer/songwriter record. If you haven't heard it, you can get a taste by streaming two of its tracks below or downloading above. The whole thing is also on RDIO.

Tara has a number of dates coming up, including a few shows with TV on the Radio member Tunde Adebimpe's other band, Higgins Waterproof Black Magic Band. One of those happens in NYC on May 24 at Union Pool with Trummors (who also open for +/- in June). Tickets for that show are on sale now. TJO also plays a Hudson, NY show a day earlier without HWBMB.

All of her dates are listed, with those streams, below...