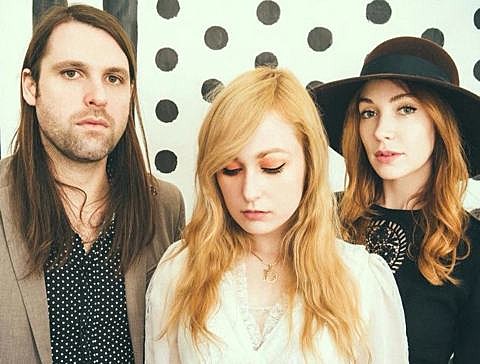 It's been a while since we heard from dreamy LA trio Tashaki Miyaki (around CMJ 2012 to be specific) and while the band have been working on their debut album, they collected odds-n-ends for a cassette EP on Burger Records which does contain the lovely new song "Keep Me in Mind." The cassette is now sold out but you can still get it digitally and it's streamable below.

In the meantime, Tashaki Miyaki will be visiting NYC soon for two shows. They'll play Glasslands on August 20, which is also a release party for Ski Lodge's debut album, and also features See Through and Kip from TPOBPAH on DJ duty. Tickets are on sale now.

Then they'll play Pianos on August 21 with The Canon Logic, Monogold and Modern Rivals. Tickets are one sale for this one too. All upcoming Tashaki Miyaki dates are listed, along with the EP stream, below.