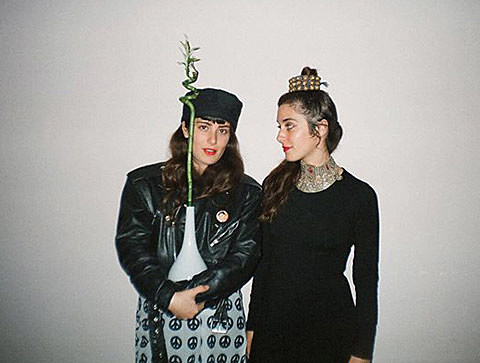 Sari and Romy Lightman are not currently listed as being part of Austra's live band -- they weren't with them in September but do appear in the "Hurt Me Now" video which came out in January. One thing's for sure: they're still making their own music under the name Tasseomancy. The pair are currently putting the finishing touches on their new album, which will be out this fall, but you can check out a new song, "Reality," right now. The Lightman sisters made the song's eerie lyric video, editing together found footage, resulting in what they call "Bauhaus karaoke style." You can watch it below.