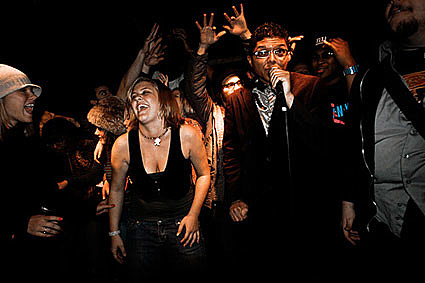 Youtube-sensation Tay Zonday played his first NYC show at Europa in Brooklyn last night (Jan 20, 2008). It was also one of his first shows ever. More photos & reviews, below.... 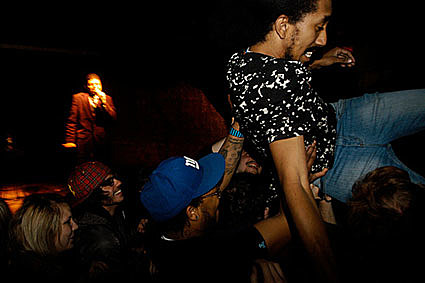 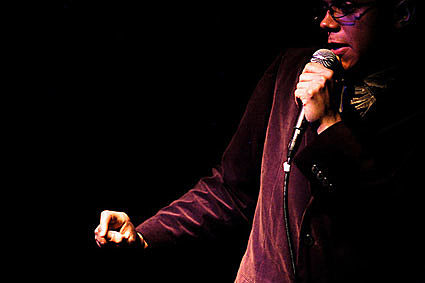 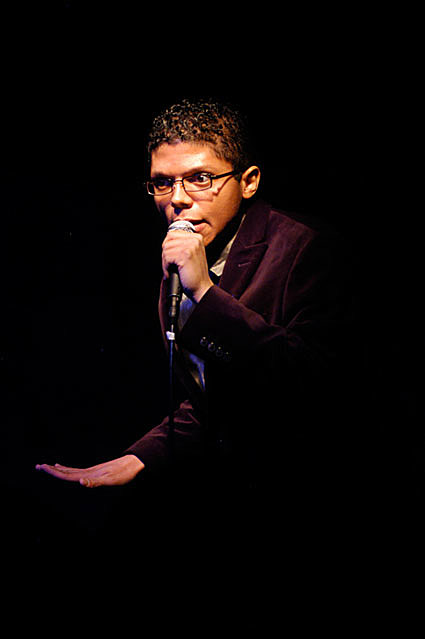 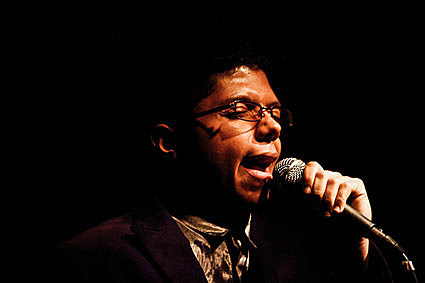 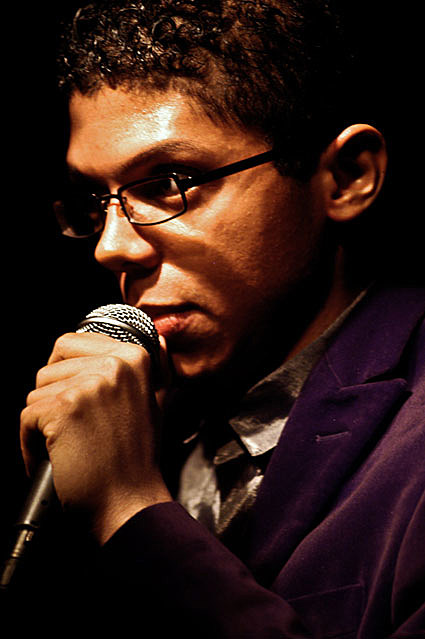 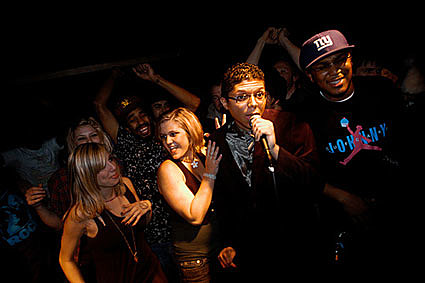 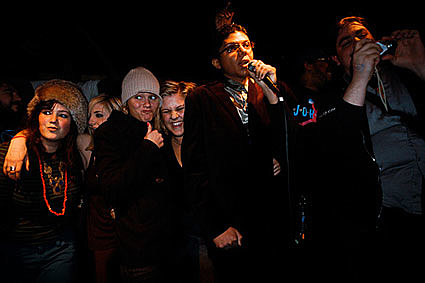 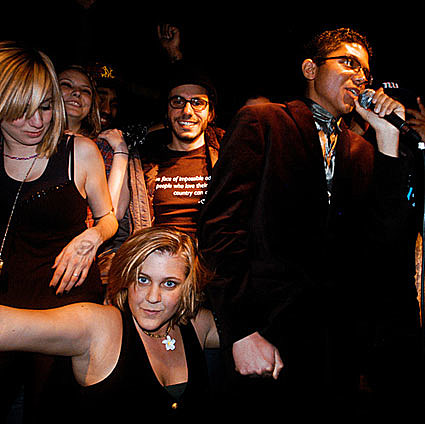 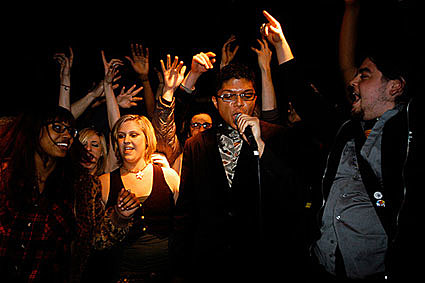 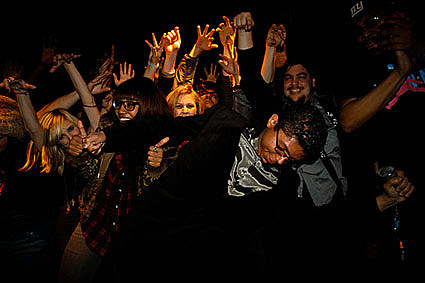 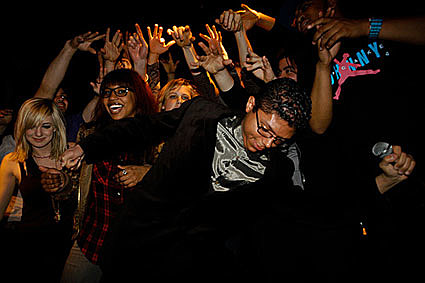 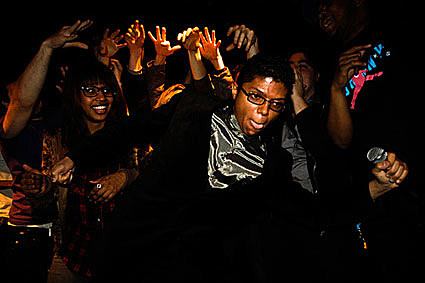 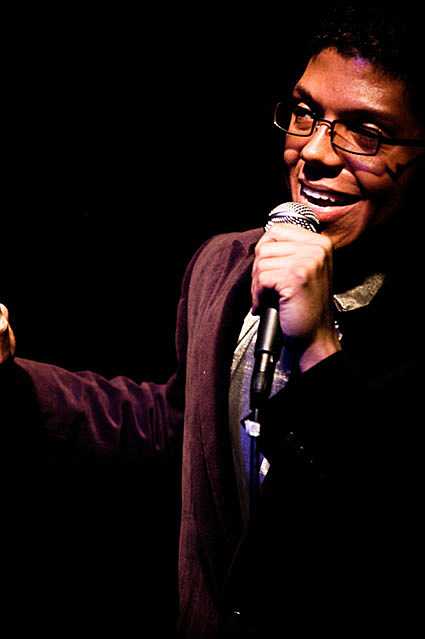 Was it the Giants game or the promise of “Chocolate Rain” that drew the crowd to Greenpoint’s Club Europa last night? Philly electro-punk openers Gang had to compete with the screams of the football fans glued to the bar’s TVs, but the Giants had scored their winning field goal by the time YouTube one-hit-wonder Tay Zonday took the stage. The virginal, kettle-drum-voiced crooner from Minneapolis prefaced his chanson célèbre with a smattering of other tunes, some of which — like “Internet Dream” and “Do the Can’t Dance” — managed to rile the crowd almost as much as the inevitable “Chocolate Rain,” which had remarkably serious fans gyrating onstage alongside the deadpan Zonday and hurling Tootsie Rolls into the audience. Other tunes had mixed effects. “New York is such a great, great place,” Zonday intoned while introducing a 9/11 tribute song. “We’re going to the fucking Super Bowl!” hurled back one fan. In the end, Zonday still had a enough steam left for an encore. No, it wasn't the 9/11 song again. —Alex Littlefield [NY Magazine]

Tay's last show (also his first show ever I think) (also maybe the only other time he played live) was with Dan Deacon and Girl Talk in his hometown of Minneapolis.

It was also Martin Luther King day (eve), so heartonastick contrasted this show with the more-serious Gil Scott-Heron celebration that was going on over in Manhattan (@ SOB's).