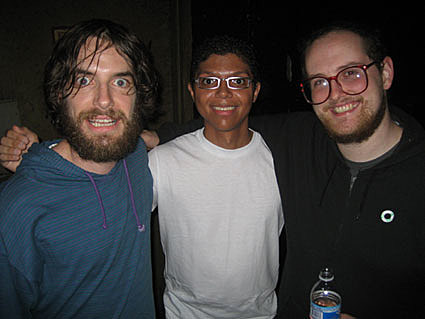 Tay Zonday took the internet by storm in 2007 with his haunting song "Chocolate Rain". The home recorded video of the song got over 13 million plays on Youtube and attention from media worldwide. Artists as diverse as Tre' Cool, Dave Matthews and John Mayer have covered the surprise hit of the past summer. This is a very rare performance and only the second time Tay Zonday has hit the stage for the public.

Tay Zonday will be joined by Philly dance sensations GANG

Tickets are on sale. Tay has also cashed in on his fame in other ways - specifically, he (sell out!) re-wrote "Chocolate Rain" for Cherry Chocolate Dr. Pepper. Video below....