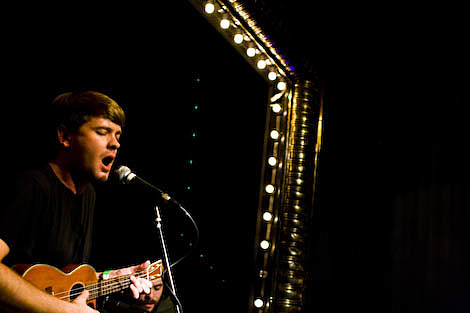 Team B, the band fronted by Kelly Pratt -- a horn player who's spent a good portion of the past two years touring with Arcade Fire and Beirut -- will be headlining a week-long tour in June. Accompanying them will be New Numbers (featuring Josh Abbott and Mike Fadem of Jealous Girlfriends, the latter who also drums for Team B).

Their tour includes a show at NYC's (Le) Poisson Rouge on June 27th. Tickets are on sale now.

The band's self-titled debut record, which features members of LCD Soundsystem, Arcade Fire & Beirut, hit iTunes in May and is out now on CD through Tonacity Recordings.

The band played its first show in November 2008.All tour dates below...