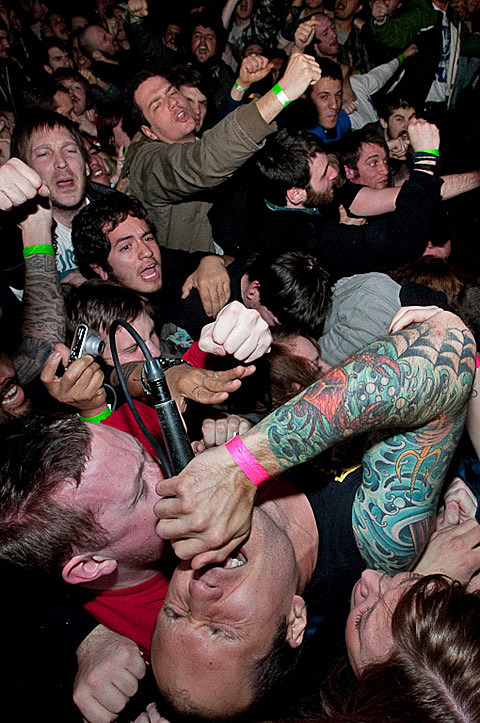 There was a packed house Friday night (3/27) at Europa. People were hungry to see Tear It Up at one of the two reunion shows they were playing (the Irish in Kearney was the next night, with Night Birds). Tear It Up's motto is "Play to Destroy", and the original line-up, Dave, Paul, Andy, Doug, and Matt did just that, playing a setlist taken mostly from their crushing 2002 EP Nothing to Nothing. It was an impressive display from a group that hasn't played together for eight years. From the first note of "Don't Call Me Tonight" until "It's the End" people catapulted off the stage and each other. It's one thing to play a reunion set, another to get the songs out while people are constantly slamming into you and the singer keeps disappearing beneath a crush of bodies.

Singer Dave Ackerman dove into audience again and again, surrounded by a sea of faces screaming along with him. The crowd was pushed up onstage, getting closer to the band with every song, while people leapt over Dave. After the show he told me, "I got hit in the neck really hard." I thought, "Yeah, I bet you did."

Boston's Last in Line also reformed to play this and a few more gigs, and Cell Mates from Maryland opened the Brooklyn show. More pictures (setlist included) from Europa (though none of Cell Mates unfortunately) and videos from both shows, below.... 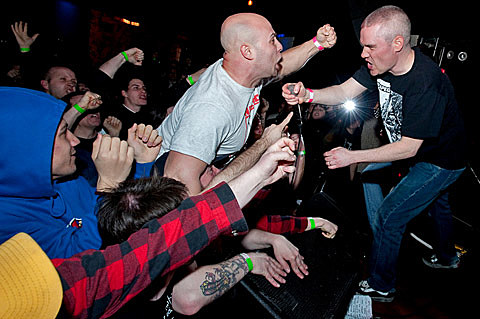 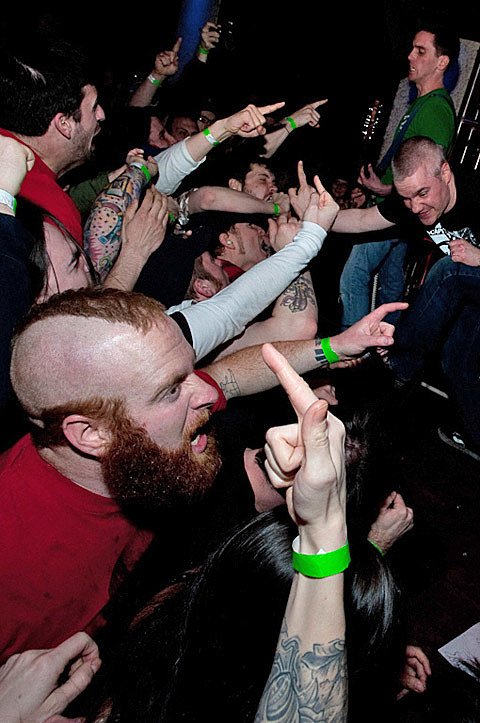 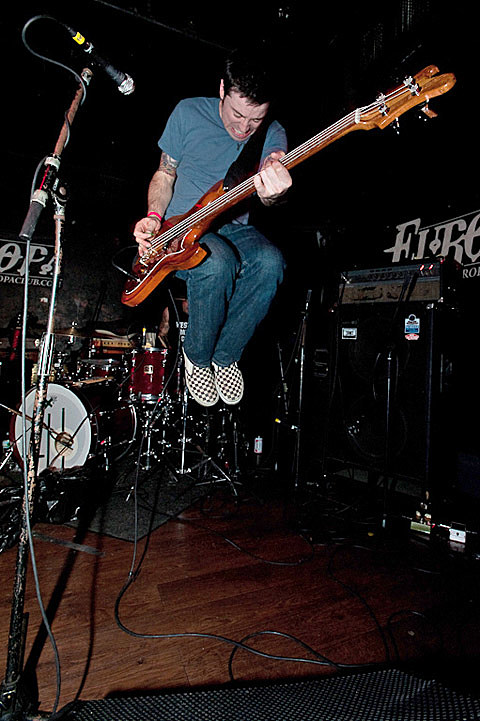 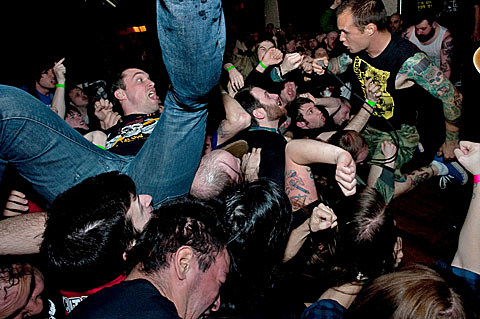 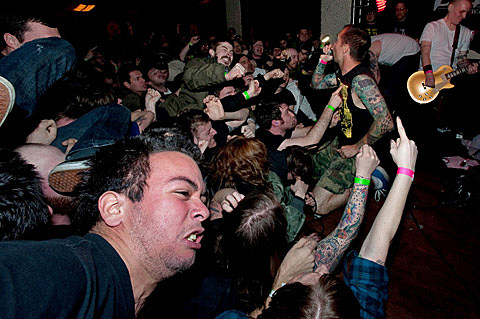 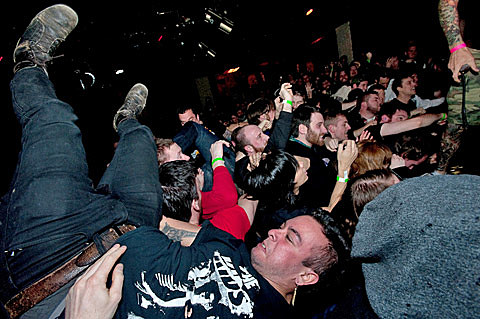 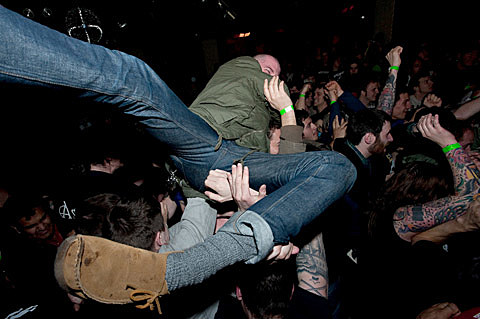 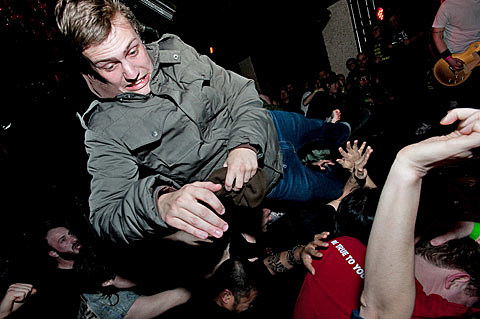 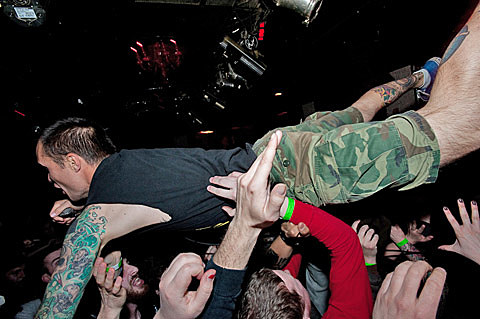 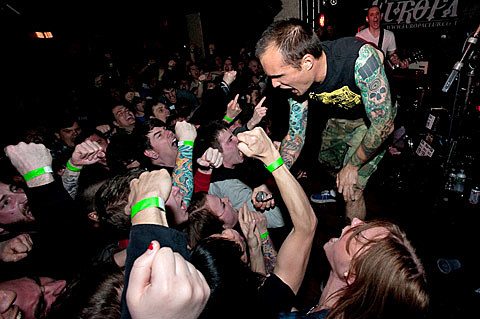 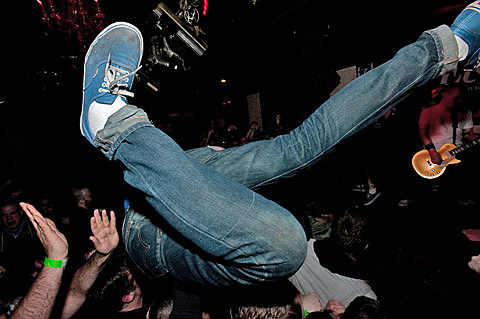 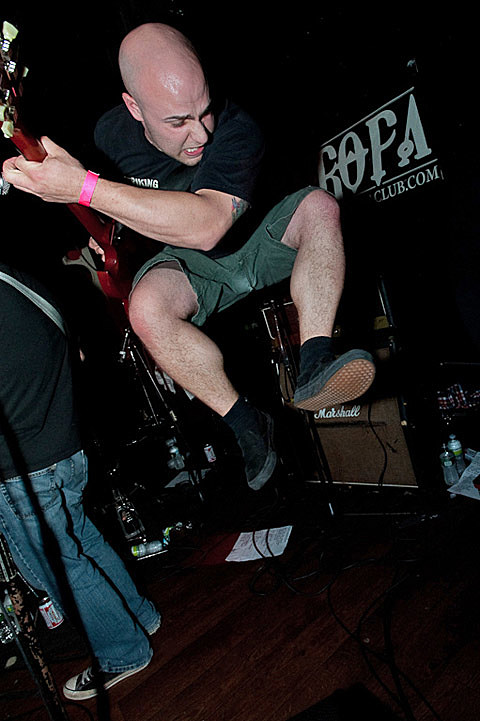 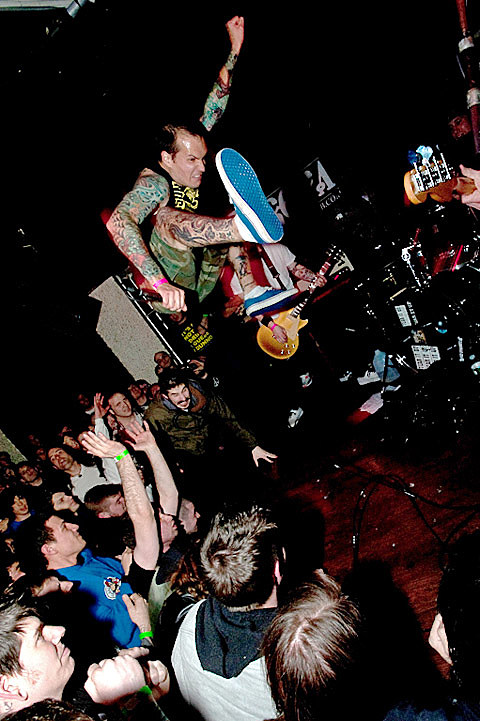 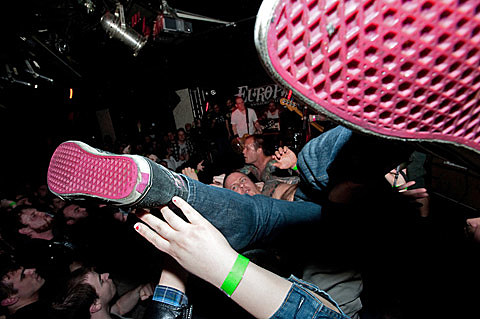 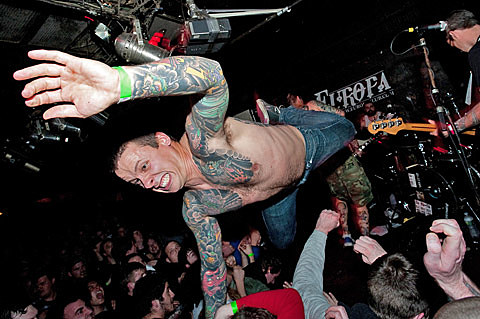 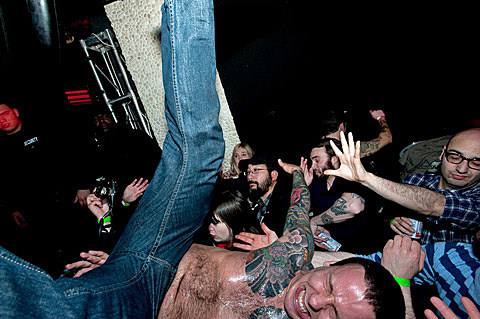 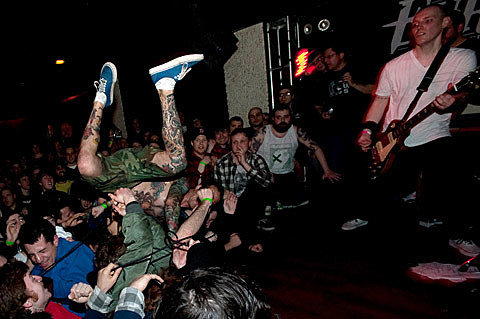 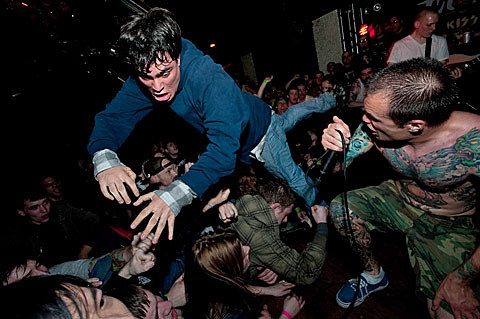 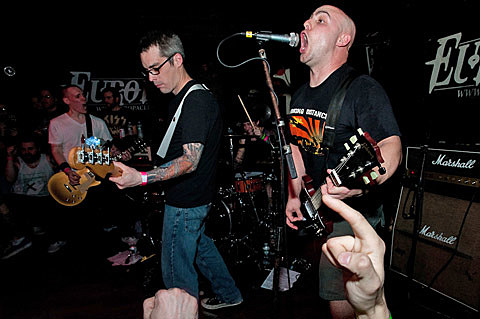 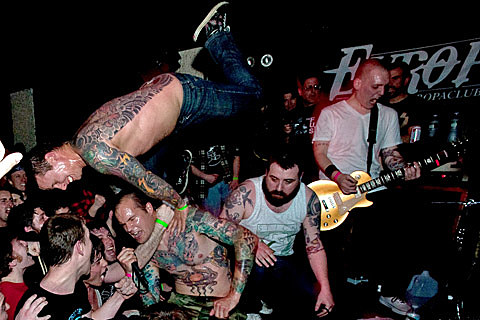 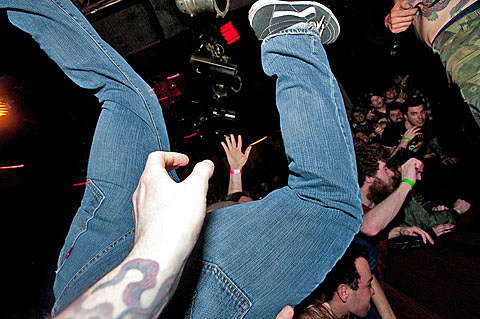 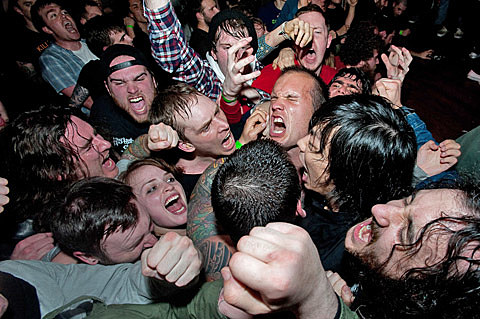 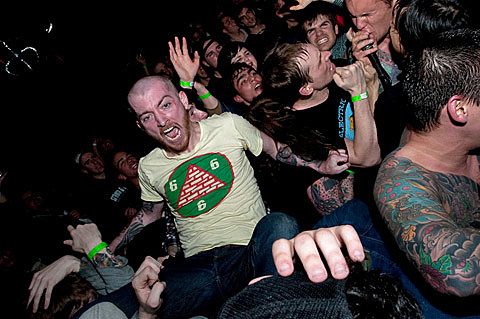 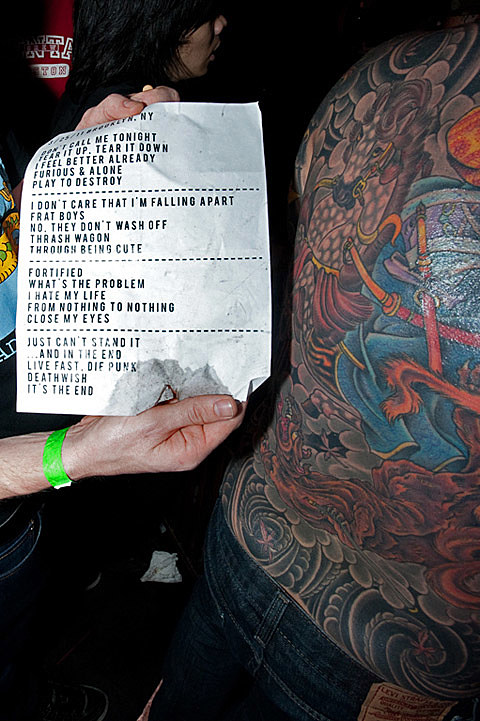