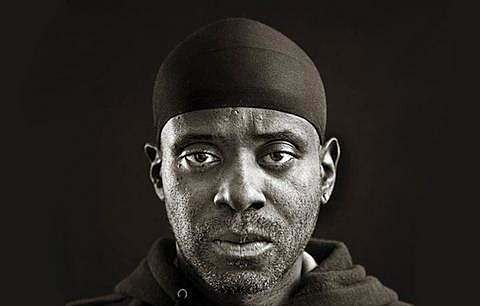 Speaking of veteran electronic musicians, Detroit techno legend Juan Atkins is returning to NYC before the end of the year for an intimate gig at Cameo in Williamsburg on December 29 with Brooklyn Bass. Tickets for that show are on sale now. Before recently visiting San Francisco, SFBG wrote...

It's telling that one of the originators of Detroit techno -- who first together with Rik Davis as Cybotron not only exploded what was expected of black American music, but also reinvented the possibilities for machine generated music -- would substitute android names for human ones.

Already the word Cybotron contained the material trace of the cyborg, spun into rapid particle acceleration by the cyclotron. "Not that I was hiding my name," Atkins clarifies. "When I first started making music in the '80s, the music industry was still really racially polarized. Even in America it still is that way to a certain degree. It was harder to cross over to certain genres, so I wanted to put more emphasis on the music as opposed to the person behind the music."

Juan has continued making music throughout the years with Cybotron, and as Model 500, Channel One, Infiniti, and under his own name. Earlier this year, he dropped the single, "Control," on what is currently one of the leading electronic labels, R&S (James Blake, Lone) and he still sounds just as forward thinking as his younger labelmates. You can stream that single below.

In the past year or so, Juan has made a contribution to the Scion A/V remix series and made a FACT mix, both of which you can also stream below. And in 2010, he contributed to RVNG's FRKWYS series, which included him remixing Psychic Ills' "Mantis." That remix is below too.

Juan Atkins - "Summer in the City"