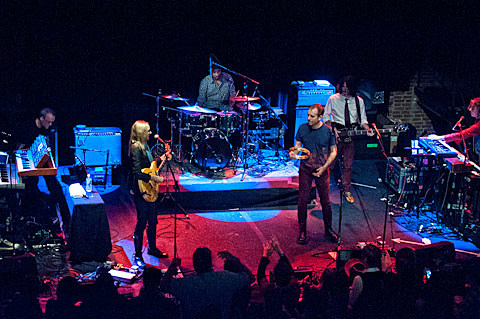 Earlier this year, we mentioned that Ted Leo and Aimee Mann have teamed up to form The Both, and that band has just announced some September shows. First, they'll be playing Chicago's A.V. Fest // Hideout Block Party, and then they've got some east coast dates including one in NYC on September 11 at The Bell House.

Ted will also appear live in NYC even sooner at the sold-out Kurt Braunohler release party at The Bell House (8/27).

Ted and Aimee are also touring together this year (but playing separate sets) in addition to the Both shows. All of their dates are listed, along with a recent live video of The Both, below.