DOWNLOAD: Ted Leo & The Pharmacists - Even Heroes Have To Die (MP3) 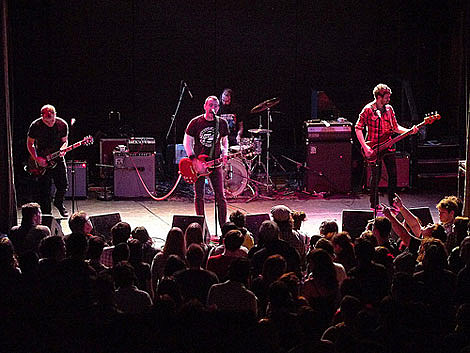 Ted Leo played the Bowery Ballroom on December 6th with Stupid Party and JEFF the Brotherhood (who have another show coming up at the same venue). A recording of the gig, which spanned 23 songs, is currently up on NYCTaper. Setlist also below.

Ted's new record The Brutalist Bricks is coming out March 9th on Matador.

"It certainly sounds like guys of a certain age who used to be in hardcore bands," Leo says. "The older I get, the more I go back to primary sources in my listening. For better or for worse, I really don't get mellower politically -- it winds up leaving me sometimes to just want to play hardcore. I'm ultimately a better singer than I am a screamer."

Over the years, Leo's work has often been overly political in scope; while the music leans more towards '70s pop-punk in the vein of Elvis Costello, on Bricks he's still exploring common Leo lyrical themes. "It veers more towards the personal side of things. 'Even Heroes Have To Die' is about how to grow old with dignity. There are songs that are specific in being about veganism, to songs that are broad, personal perseverance in the face of a world that drags you down." [Rolling Stone]

Ted Leo and The Pharmacists will go on a tour in support of that record this spring - they visit NYC with an April 9th show at Irving Plaza. Ticket info TBA.

Ted is currently on a solo tour of England and will play one more North American show before the end of 2009. That takes place in his home state of NJ at the Meatlocker in Montclair one day after Christmas (the same day Danzig plays in Sayreville). It's also solo. The flyer and more details and all dates, below... 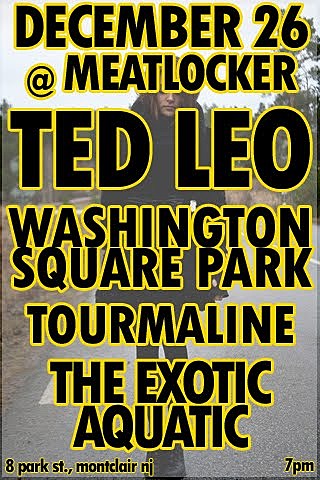