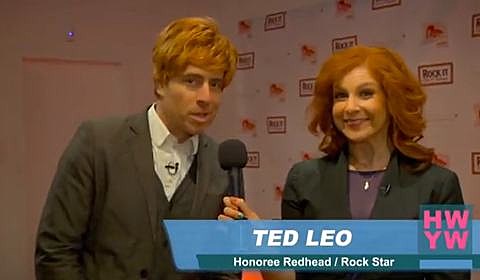 Ted Leo and Aimee Mann played The Bell House a couple weeks ago (9/11) as The Both and now they're on tour together (playing separate sets). When Ted returns from the tour, he'll be back at The Bell House on October 30 (Mischief Night) for Julie Klausner's How Was Your Week? podcast taping. Also appearing: New Pornographer A.C. Newman, rapper Jean Grae, and actress Laura Benanti. Tickets for that show are on sale now.

Ted is HWYW?'s de facto bandleader, and he and Julie perform together a lot, including recently at Bumbershoot. A couple examples of that, in video form (one with Ted in a redhead wig), are in this post.

You can catch AC Newman tonight (9/26) at Radio City Music Hall where he'll open for his sometimes bandmate Neko Case. Aimee Mann, meanwhile, can be heard on the audio book version of Danny Bland's In Case We Die.