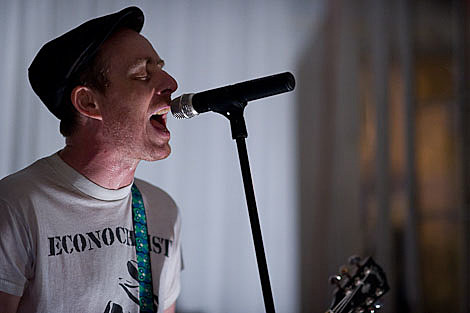 Ted Leo and the Pharmacists will headline the official "kick off show" for the previously mentioned 4knots Music Festival. The free show takes place July 9 at South Street Seaport, a week before the 4Knots festival happens on the same outdoor Manhattan stage. 4Knots aside, this is a good old fashioned free Ted Leo show at the Seaport, an old tradition.

Ted will also play a few more shows at the end of July, including the mainstage at XPoNential Music Festival in Wiggins Park in Camden, NJ on July 23.

Ted just played the 'Our Band Could Be Your Life" tribute this past Sunday at Bowery Ballroom. Check out another video of him covering Minor Threat and more dates below...