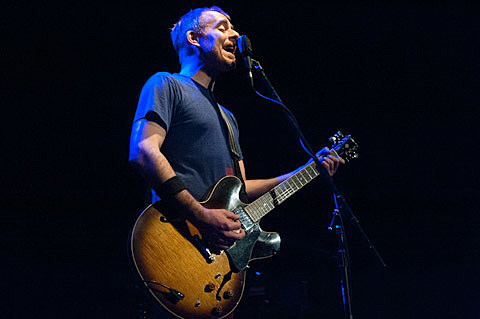 We were recently informed of the terrible news that Hoboken music venue Maxwell's is closing, but on the bright side, they're going out with a bang. Local greats who have called the venue home for years are playing there in its remaining two months, including The Feelies (who play three nights), Titus Andronicus (who play three nights), and Yo La Tengo (who play as The Condo Fucks, but will hopefully announce a proper YLT show before the venue's end?).

Now it's been announced that NJ/NYC fave Ted Leo will be playing the venue on July 21 with another long-running local act Shellshag (who also play Death by Audio tonight [6/5]). Tickets for the Ted Leo show are on sale now.

It's one of a few upcoming dates that Ted has scheduled. All of those dates are listed, along with a video, below...